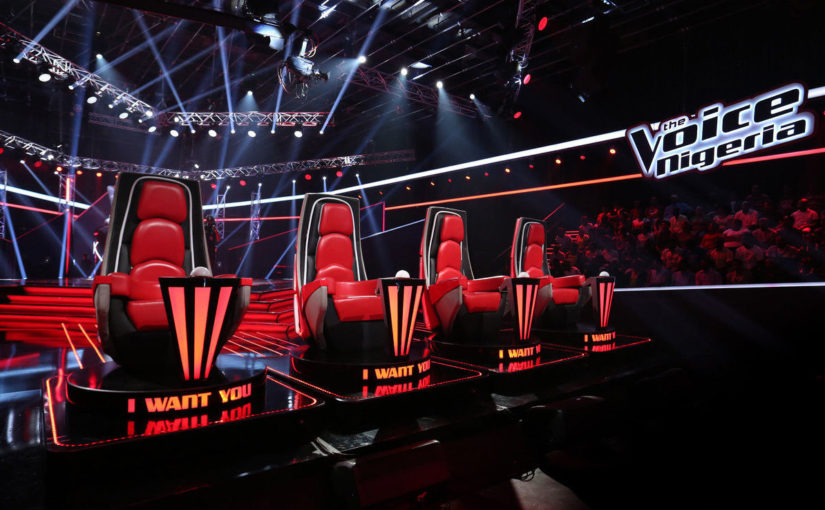 Good music does to our soul what good food does to our body. Imagine being able to, every other Sunday, listen to beautiful music that stirs up a strange beauty in us as well as feed our souls. This is what THE VOICE NIGERIA, the musical TV show sponsored by Airtel, in partnership with Coca-cola and YouTube, brings to the fore. Beautiful voices, beautiful faces, beautiful memories. It shouldn’t be on a Sunday that your decoder decides to run out of its subscription. Constantly renew your TV subscription by logging on to www.vtpass.com. And you can also subscribe to an affordable data bundle on all MTN, 9MOBILE, AIRTEL, and GLO networks through www.vtpass.com. This way, you can always stream several episodes of The Voice Nigeria live on YouTube.

The VOICE NIGERIA is an adaptation of The Voice of America. This is a popular American TV show which in itself was based on the original The Voice of Holland. Prior to its commencement last year, many were sceptical about the possibility of adapting something of such standard as the Voice of America to the typical Nigerian system. But the organisers, Airtel, in collaboration with Coca-cola, proved themselves capable in all regards. They successfully blended the American version with the needed Nigerian flavour.

However, it was hard to miss how the Voice Nigeria tried to emulate its American counterpart. This conclusion could be made considering the use of the same pattern of activities and the fact that the shows were not done live in Nigeria. At first, this didn’t go down well with most Nigerians. But as the season drew on, it was clear that the Nigerian version was for Nigerians and by Nigerians. The burst of energy and native indentations that emitted from the judges amassed the attention of viewers.This was mostly seen anytime they tried to persuade the contestants to be in their team. Also, several Nigerian songs received popular attention.

Vtpass.com has over the year served as a leeway enabling thousands of Nigerians to watch their favourite contestants sing. The quick, convenient payment services offered, whereby you can, from anywhere, buy your internet data and renew your data subscription has proven quite timely.

THE VOICE: SEASON ONE

The first season started on the 10th of April 2016. Four coaches were appointed to select and guide twelve singers each through the drills of the season.

The coaches included the retro song slayer himself Tuface; the vocally gifted Waje; Patoranking, the king of reggae dancehall and Timi Dakolo, winner of the Nigerian Idols season one and the king of souls. Besides the backstage selection

process, there were blind auditions where the coaches get to pick their choice contestants. This was followed by the battle rounds and live shows. After an exciting three months of good music, Arese from Team Waje emerged the winner. While Chike from Team Patoranking became the second runner up.

THE VOICE SEASON TWO IS UNDERWAY

With the promise of a more spicy season, The Voice season 2 began on the 18th of June 2017. And so far, the show has showcased several been talented singers. This leaves one attesting to the fact that Nigeria is a bed-stone of fresh, raw potentials. Also, the judges offset a beautiful Afro-centric approach right there in their red seats. While Timi Dakolo proves to be a down-to-earth Bayelsan guy who flaunts pidgin beautifully, laughs easily and throws funny antics on stage, Patoranking has formed the habit of treating his chair like a hot seat, cheering and registering his words in our minds with slangs like Winneranking.

Not only that, there is a new addition, Yemi Alade a.k.a Mama Africa. And she is such a natural. To say the least, Yemi Alade with her karate patterned fashion statement has become a companion to Waje. They haggle over issues together. They also contest over the amazing upstarts in brawls like typical Nigerian women do and even hold hands when touched by a song.

So far, the blind auditions and the battle rounds have been completed. Several contestants have successfully been selected by their respective coaches to go on to the live show which is to start this weekend. These contestants include:

Now you don’t want to miss out on what’s coming next. Subsequently, The Voice is aired every Sunday 08.00PM on Africa Magic channels (Showcase channel 151 and Urban 153). By all estimation, it promises to be bigger and better. Hence, renew your DStv subscription, GOtv subscription and Startimes subscription by visiting www.vtpass.com. Better still, buy enough data subscription to watch the shows on YouTube by visiting the aforementioned site, selecting your service provider, and paying conveniently. You can as well pay for your electricity bills, whether you are using a prepaid or postpaid meter by visiting www.vtpass.com.