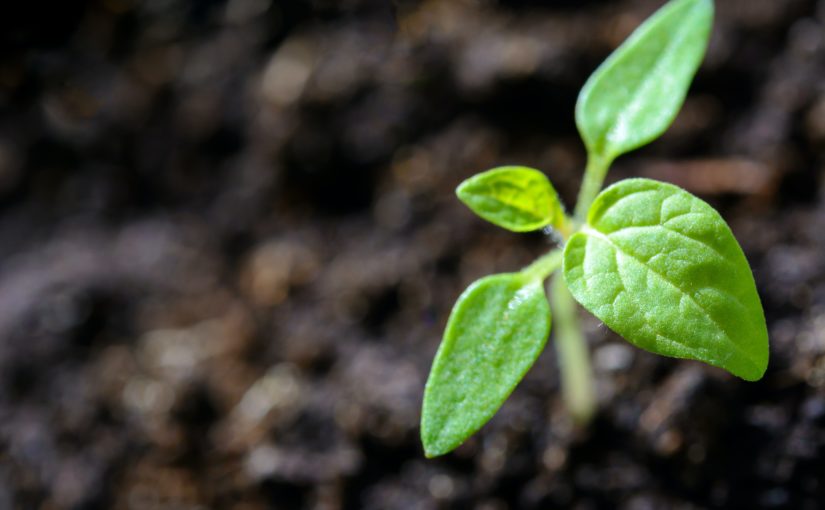 It’s our first blog post for the new year so, happy new year, new growth yeah? Yes! We made it to 2022. The new year always heralds a new beginning, the start of something fresh, and an opportunity to start with a clean slate. Well, one thing for certain, it’s a new year!

However, the results you’ll get this year will be determined by the actions you take or do not take now. Growth is expedient to progress. You probably have plans for the year 2022, but have you planned to grow also?

When you grow, you make room for more. Do you want to increase your income this year? Grow! Need to upscale that business? Grow! Want to increase your earnings as a partner? Grow! Whatever you desire to attain this year, you need to grow in order to accommodate the desired increase.

This growth starts first in your mind. You need to grow root inward first before you begin to see fruits outward. You can not achieve new goals with last year’s mindset. The circumstances are different now. It’s a different playing field. This is the time to not just make plans but also set the execution wheels in motion.

It’s a new year but it is also time for you to grow. Learn something new. Develop a new skill. Add value to yourself. Get new contacts and networks. Collaborate. Start early, start now, because it’ll be 2023 in a bit.

At VTpass, we are dedicated to offering you the best and continually improving on our services, and so we also have a lot in the works for your benefit this year. Get ready, because we’ll be taking you on quite the ride!

Trust VTpass to help you start the year well with airtime or data to congratulate your loved ones, or gift them a quality insurance cover. Electricity bills and cable TV subscriptions are also available at the click of a button. Take this piece of free advice. Don’t pile up your bills. It’s too early to be owing! 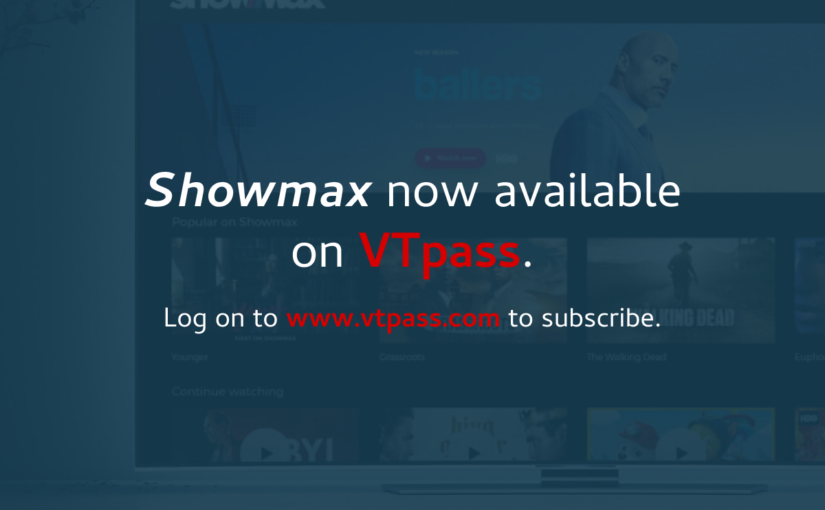 You can now pay for Showmax subscriptions on vtpass to catch up on your favourite shows online, on the go or download to watch later in the Showmax App. That’s right. It’s convenient payment at your fingertips.

Paying for the Showmax service is easy. You don’t have to visit any physical address. You make payment from the comfort of your home with VTpass. Here’s how…

How To Pay For Showmax Online with VTpass

With www.vtpass.com, you can purchase airtime and data, pay for your TV subscriptions and settle electricity bills, buy insurance covers or pay education bills, all in one spot. Paying bills have never been easier! To pay for your Showmax with VTpass, simply:

In conclusion, using VTpass to make bills payment is very easy to do. And you get immediate value. Contacting Support is also easy, should you need it. You can always chat us on our Live-chat platform on the website or app, email us at support@vtpass.com or call our hotline; 08138752358 to get instant support. 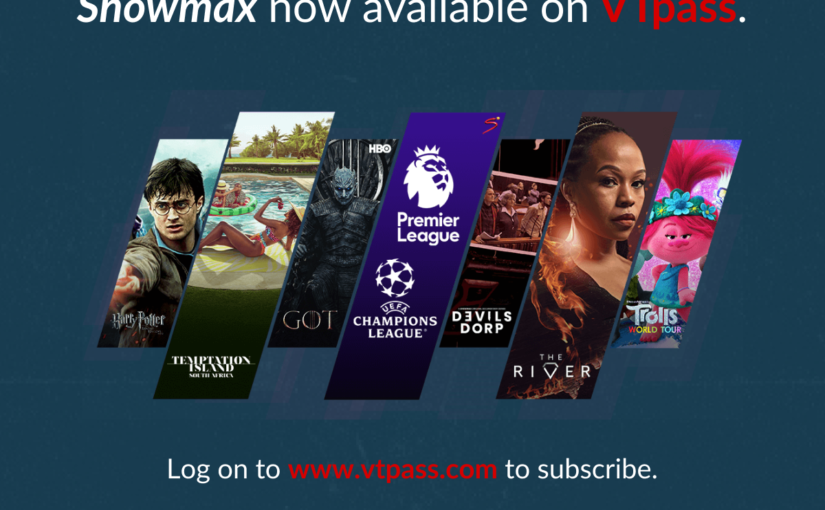 Our aim at VTpass is to offer you a one-stop platform where you can carry out all your bills payment at the click of a button, so we’re excited to let you know that there is a new service on VTpass: Showmax. There’s a new kid on the block!

Yes. You can now pay for Showmax subscriptions on www.vtpass.com/showmax to catch up on your favourite shows online, on the go or download to watch later in the Showmax App. Easy peasy.

There are no contracts on Showmax and you can cancel at any time. Get the Showmax experience all for one low monthly price, now available on VTpass. Simply log on to www.vtpass.com/showmax to subscribe.

There’s more. On VTpass, you can also buy airtime and data, pay other TV subscriptions and electricity bills, buy insurance covers and pay education bills. All while offering you a variety of payment options and immediate delivery of value! 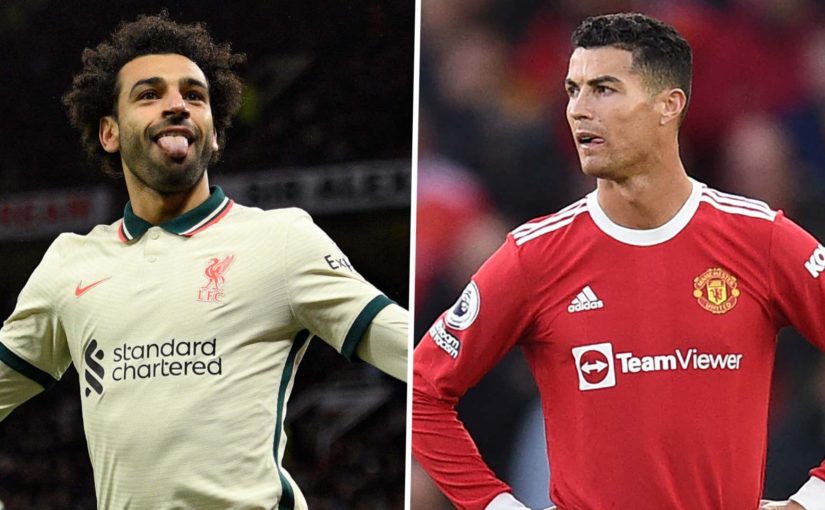 In many ways, this was the perfect weekend; we witnessed the bulk of the Premier League Week 9 round of matches and in many ways, it was a glorious weekend. Some clubs won. Some clubs lost. As always. However, things didn’t go exactly the way some would have planned. Anyway, here are our thoughts on how the weekend went.

Liverpool 5 Steps Ahead of United.

Manchester United looked anything but united on the day. Defence utterly in shambles, midfield non-existent and overrun, attack under supplied. It was the little boys against the big men. This was supposed to be a firecracker of a match but ended up being a walk in the park for the Liverpool team, who at half time were already running away with a 4-0 lead. In all honesty, at that point, Liverpool didn’t even need to be playing spectacularly well, Manchester United were playing spectacularly terrible as it were. United had zero synergy, looked devoid of a game plan, were tactically naïve.

If not for De Gea, the final scoreline should have read something more like 8-0. This was a day to forget for United, and it’s back to the drawing board, if they even have one. Any defeat against Liverpool is hard to take for United fans on a normal day. One so humiliating as this and at home is on a whole different level. United’s next run of matches look very grim. It’s hard times for United fans, check up on them.

Firstly, the major talk had been about how Tuchel was going to manage with his star strikers out due to injuries. On evidence of this though, no problem. Following their win in the Champions League, the Champions proceeded to dismantle Norwich at Stamford Bridge, with Mason Mount scoring an hat trick. Subsequently, Mount and Callum-Hudson Odoi became the 16th and 17th different players to score for Chelsea in all competitions this season, more than any other Premier League side. A team on a mission.

That ability to spread the goals around the side is the mark of champions. For instance, it’s Premier League Week 9, but surely an encouraging sign for Thomas Tuchel as he looks to juggle five competitions this winter, including the rearranged World Cup in early 2022. Chelsea won’t have an easier afternoon this season.

Firstly, Brighton have been nothing short of impressive this season. For them to still be 5th on the Premier League table even after defeat here is a testament of just that. Pep had tasted rare defeat here in the final game of last season. In this match, he sent out his team with instruction to secure victory early. City’s first half performance was exquisite. They were smooth, efficient, unbreeched. But they will rarely face an examination like the one they experienced in the second half at the Amex.

Even as they led 3-0, Graham Potter’s Brighton tested everything about City. Their game management, their resilience, their defensive capabilities. And City’s manager Pep Guardiola was delighted they passed the test. He recognised few teams in the Premier League could have emerged from this with three points, despite being 3 goals up at halftime. At fulltime, it was kudos to City, but Brighton also gave a good account of themselves, despite the scoreline.

Don’t miss out on any of the action when you can easily make your Cable TV payments, pay electricity bills, buy airtime and data with VTpass. It’s as easy as click, pay and go to stay connected and pay bills on the go!