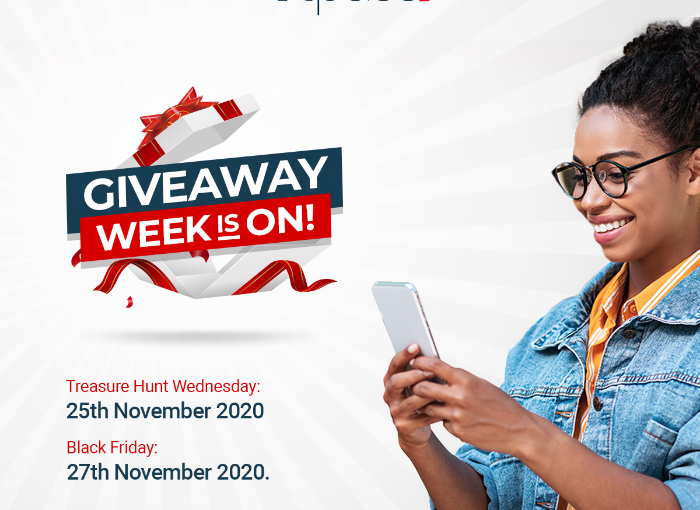 Things are about to go ‘wooow!’ on VTpass this week with VTpass GiveAway Week in the offing!

You stand a chance to benefit from our two outstanding events:

On Wednesday, 25th November 2020, you get to win up to N30,000 worth of airtime found on VTpass website. All networks are eligible to participate. Simply log on to www.vtpass.com and search all pages to find and win airtimes!

On Friday, 27th November 2020, VTpass is giving away free convenience fees. You get to enjoy up to 3 hours of ZERO convenience fee on all payments made. Simply log in to www.vtpass.com on said date to participate in this giveaway.

Enjoy VTpass GiveAway Week! Payment is truly at your convenience.

2020 has certainly not been the best year for football lovers as tournaments and fixtures had to be shifted. Nevertheless, the return of AFCON Qualifiers is enough to lift spirits, especially in African football where fans relish the sport.

AFCON Qualifiers began on 11th November 2020 with Guinea beating Chad in the opening match and Senegal punching a 2-0 blow on Guinea-Bissau.

Yesterday, 12th November was a goal feast for AFCON fans as Cameroon chunked out 4 goals against Mozambique’s 1. Current reigning champions, Algeria, walked over Zimbabwe easily with a 3-1 victory.

Nigeria takes the pitch today, 13th November 2020 against Sierra Leone by 17:00 CAT; and at 20:00 CAT, bafana bafana of South Africa would clash with Sao Tome and Principe. But the most exciting clash of the week rests on the match between Egypt and Togo, Saturday 14th November!

That said, here are our AFCON Qualifiers predictions. Prediction of teams who would make it to AFCON 2021.

A tournament graced by 24 teams all competing for Africa’s Champions Crown would definitely be fierce, but you can expect to see these 12 juggernauts on the pitch come 2021:

Let’s not get ahead of ourselves, there is still the qualifiers to play after all. So put on your football socks, subscribe your GOtv, DStv, or Startimes, relax into the games, and enjoy the matches! 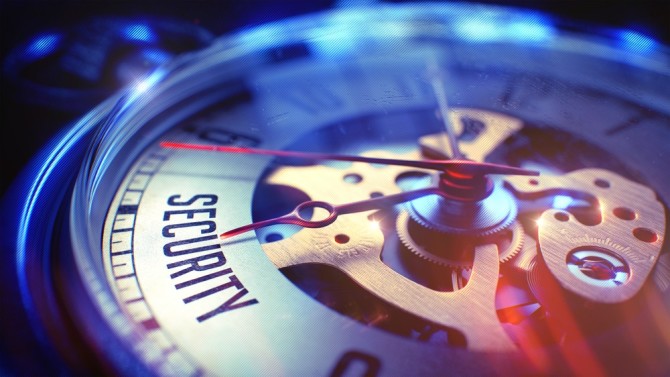 Back in the days when we needed little internet activity, you could use your birthday or mom’s address as a password; that was perfectly acceptable. There was no need to create strong passwords or use many of the techniques available today.

Nowadays, with our ever-expanding reliance on the internet for quite a number of things; the best password is one that’s hard to crack and easy to remember.

However, the most commonly used passwords are ridiculously easy to guess. According to a study by Troy Hunt, 25% of password users use passwords that can be found in a dictionary such as “password” or “pencil”.

To protect your online accounts from cybercrimes; here are a few tricks you can use to create strong passwords that are easy to remember:

1. Use initials of a phrase or statement familiar to you

Assuming you have a phrase that always pops up in your head every now and then; for example, “It is what it is”, a password can be IiWiI or iiWII, etc, using the initials of the phrase. However, you might want to add special characters or numbers to strengthen it. No, don’t use your birthday. Instead think of a favorite number or any combination you can easily remember: IIWii%8#, perfect!

So you’re a big fan of Lionel Messi or Wizkid or the word “Business” just makes sense to you; why not rearrange these words, say issemlenoil or ssenisub? Even at that, your password is not strong enough, you can apply toggle letters, special characters, and numbers. For example, Business becomes 33eN!sUb and Wizkid becomes K!83iW

3. Use end letters of a favorite song, phrase or whatever

This is similar to our first technique, but this time you’re making use of end-letters. If you love Beyonce’s “Who run the world – Girls!”, nothing stops you from making sdeno! your password. As always, include numbers, special characters, or any other combination. Check this out: on3DsWr7wG100%. I just used end letters plus initials to create that password. A hacker is going to have a real hard time cracking that!

If you love keeping it simple and can only deal with one password at a time; then we recommend attaching different codes to the end of your password for different online accounts. This is pretty easy to do. Using K!83iW as an example, you can use K!83iWfB for Facebook; K!83iWgM for your Gmail; K!83iWtW for Twitter, etc. Always ensure the combinations are easy to remember but difficult to guess.

A Password Manager is an application that stores all your passwords in one place. There are several password managers out there; some perform the sole function of storing your passwords while others equally generate strong passwords when you need them.

If you install a Password Manager on your computer or phone, all you need do is create a master or base password (using any of the techniques above) which would secure the Password Manager; the password manager takes care of generating or storing subsequent passwords you use.

When it comes to top account security, the ultimate advice is to regularly update your passwords at calculated intervals. This is usually the hardest part. Here are a few techniques for updating your password:

The past three months have been horrible for the world of football due to the global pandemic. The king of sports was suspended in many leagues globally, pending the die down of Coronavirus, and fans just can’t wait for its resumption.

Our fight over Covid-19 took a winning edge two months back, enough to allow the resumption of minor economic activities as well as sports world over. Since then, football fans have been looking over their shoulders expectantly.

Major leagues are officially scheduled to resume at several dates in the month of June! German Bundesliga officially resumed on May 16 and gave everyone a headstart of what to expect from post-pandemic football:

Now to the main gist, here are dates of football resumption for the top 3 European leagues:

Subscribe your GOtv, DStv, or StarTimes now to catch up on the action

Known as the king of European football, the EPL is set to return on June 17 with a heavyweight match in the offing: Manchester City Vs Arsenal! Eyebrows are raised as to how the first EPL match after over 90 days would look like.

Liverpool FC is top of the table and with just 3 wins away from the trophy, the famous league action is set to focus more on the adrenaline run among clubs for top four Championship League qualification!

Favorite among lovers of technical gameplay, La Liga would make an earlier return than the EPL. The famous, hotly contested derby match between Real Betis and Sevilla would restart the league on June 11.

Defending champions Barcelona are two points ahead of Real Madrid at the top of the table with 11 matches remaining.

The top-4 quest is tighter than ever this season with Real Sociedad, Sevilla, Getafe, and Athletico de Madrid all punching hard for a place in 2021 Champions League!

Everyone would understand if Seria A authorities decide to terminate the unfinished 2019/20 season, but that’s not the case. Lovers of tactical defensive football can smile with relief as Seria A action would return on 20th June.

The announcement was made by the country’s sports minister, Vincenzo Spadafora. With leaders Juventus just one point clear second-placed Lazio, there are still a lot of title-claiming actions to see.

We decided to save the best for the last. While fans of different leagues are excited at the return of their favorite football, all eyes are itching to see the completion of the top-flight competition.

When Athletico de Madrid performed a stunt against Liverpool at Anfield in a match that saw them win 3-2, fans simply knew the 2019/2020 Champions League was set to provide top entertainment in the final rounds.

We would have to wait longer as UEFA announced that the Champions League would likely resume on August 7-8.

The French Ligue Un was ended with PSG announced winners while the Dutch Eredivisie was named null: no winners, no relegations.

To catch all of the footballing actions returning, subscribe your GOtv, DStv, or StarTimes decoder. Don’t wait to be told of the showdowns.

News: Changes in the MultiChoice prices and bouquets

Top-up your mobile data for any network (MTN, Airtel, Glo, 9mobile, or Smile) to stay in touch with the latest happenings as regards football resumption.

See you on the action side!

If you’re starting out as a VTpass agent or thinking of joining our network of entrepreneurs and curious about our commission rates; you’ve come to the right page!

Earning on VTpass is super easy; all you have to do is to create an account and activate an agent feature on your account (Terminal agent, Widget partner, Referal program or API) and start earning. Here’s how to become a become an agent:

As compared to other bills-payment platforms, VTpass allows you to earn on every transaction carried out as a partner with different commission rates attached to each service.

You equally get to enjoy other benefits attached to being a VTpass agent. For instance, as a terminal agent, you would not be charged the usual convenience rate of N100 for most services. Also, you would be eligible to participate in VTpass loyalty giveaways among other benefits.

Detailed below are VTpass commission rates for all agents. Now you can calculate how much you would earn for every transaction performed:

Voila! There you have it. Now you know; so what are you waiting for? Sign-up now and activate an agent feature on your account to start earning.

Did you know that there is no such thing as too much event publicity?

If you already know this, then you would agree that it is best to seize every opportunity to publicize your event.

Now with VTpass, you can easily post your event and sell tickets to your shows, training, conference,etc. Also gain and invite more audience to your events when you post it on VTpass.

Simplify Your Planning With VTpass

Let’s help you sell your event tickets with a simple set-up process. Also, track ticket sales in real time from any device with 24/7 access to reports.

Drive additional sales through VTpass with over 500,000 daily website visitors and grow your brand presence.

We’ll also promote your event through our social media platforms.

How To Get Started;

Submit and relax while we help you sell your event tickets

Note that you can post both free and paid events.

You can also carry out other transactions on the VTpass platform to include;

4. Electricity Bills payment for both Prepaid and Postpaid meters.