On Tuesday 29th October, and Wednesday 21st October, the first leg of the 2020/2021 UEFA Champions League season playoff. We witnessed the return of Europe’s most thrilling football competition and the art of top soccer athletes.

The group stages of the tournament began with surprises and might just end with some more. In this article, we go over some of the unexpected match results from the UEFA champions league 2020/21 opener and matches to watch out for in the group stage:

Perhaps the only surprise from this encounter was the fact that PSG could still lose to Manchester United after their performance last season. The men from Paris made it to the finals last season but fell behind to Bayern Munich in a 1-0 contest.

Two seasons ago, Manchester United beat PSG 1-3 at the Parc des Princes stadium; everyone thought the Parisians would make a statement in this match with a win. But they fell behind 2 goals to 1 to the Reds.

Ok, not much surprise, but here is a match where a 300 million Euro Chelsea squad faces a firepower Sevilla and it ended 0-0. Fans were left a bit disappointed and so are we.

Real lost 0-1 to newly-promoted Cadiz last week in La Liga Santander; so it came more like a shock when Shakhtar put them 2-3 to the sword again at home.

Fans all over social media brought Real Madrid’s manager Zinedine Zidane under fire. But we feel the manager can only do much. With these results, Real Madrid needs a total squad rethink.

Pretty much every other game produced expected or near results, especially Bayern Munich who pounded Athletico Madrid 4-0 as a warning of their intent to retain the European Champions crown.

Now, let’s see the top group matches that you can’t afford to miss:

To catch all these actions live on your television, subscribe your GOtv or DStv with VTpass, either on the web or mobile app. We’ve got you covered! 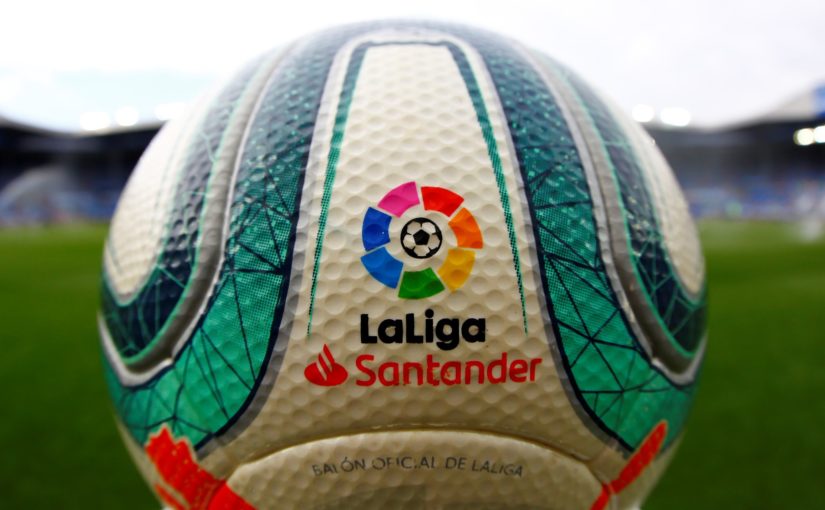 It has been 82 days since La liga suspended fixtures due to the coronavirus pandemic with 11 games left to play. We are all curious about where to watch the games to be played.

LaLiga announced the Spanish top-flight would resume on June 11 starting with a derby match between Sevilla and Real Betis. Matches would take place every day across five weeks so that the season can come to an end by the 19th of July.

In the spirit of footballing excitement, here’s what to expect from the return of La Liga Santander:

Tight Race for the Title

It’s not over yet at the top of the table as Barcelona sits only two points away from Real Madrid. The men in white beat their long time rivals 2-0 at the Santiago Bernabeu to climb on top of the table; only to lose their position again to Barca when they lost to formidable Real Sociedad.

Sevilla remains in hot pursuit with only 9 points behind Madrid and one point away from Real Sociedad. 3 straight losses for any of Barcelona or Madrid within 11 games could hand the trophy to teams in third or fourth position.

The race is on! Anything can happen.

Games would very much be played behind closed doors and this would greatly transform the usual electrifying atmosphere of Spanish football.

For clubs with 60,000+ capacity like Barcelona, Real Madrid, and Athletico Madrid, the quite grounds would tell on players’ mentality as well as clubs’ finance.

For clubs with smaller capacity but powerful fan-pulled atmospheres like Real Betis and Athletico Bilbao, home games might be a bit boring to watch; not counting how badly this would affect players’ spirit.

Real Madrid’s Eden Hazard who underwent surgery on a broken foot in March and Barcelona’s top ace, Luis Suarez who operated his right knee in January are both set to return fully for the rest of the games.

The injuries would have seen them out for the rest of the season had it been the suspension never happened. Now they would play out the season with their teammates. The question remains: how would these heavyweights players influence the game for their respective clubs?

Renew your DStv and GOtv subscription on VTpass to catch the return of La Liga!

Atletico Madrid’s momentous win over Liverpool in the Champions League offered Diego Simeone some relief after a disappointing season in LaLiga.

His team sits sixth in the table, having long fallen out of the reckoning for the title. They now fight to even qualify for the 2020/2021 Champions League.

Ahead of them between fifth and third are Getafe, Real Sociedad, and Sevilla; all of who are in top form with only two points between the four. Atletico cannot afford to be complacent.

Pressure at the Bottom

For teams at the other end of the table, things aren’t looking all bright. Espanyol looks doomed, sitting in the 20th spot, six points adrift of safety.

In 18th place is Leganes who still has to play away at Barcelona before hosting Real Madrid. Two tough matches that can blow them off.

One point separates Mallorca, Celta Vigo, and Eibar, all of whom are not completely safe from the relegation zone. For all of them, the pressure is on.

Race for the Golden boot

VTpass got you covered. Subscribe your decoder now in anticipation for June 11 and we would see you on the fun side of life!

Even as the English Premier League offsets in a most unexpected direction, the La Liga Santander is also due to begin on the 18th August 2017. It’s the 87th season of this world blazing football league. And for the umpteenth time, several happenings are kicking off the excitement that is to get even higher and louder once the game starts. The most throw-off-balance news heralding this season is Neymar’s historic sellout. He is being transferred from Barcelona FC to Paris Saint Germain (PSG) for a whopping sum of £222million.

WHAT PARIS SG’S MANAGER HAD TO SAY

The tagged prize which was meant to connote a Not for Sale sign was dismissed by the PSG’S manager, Unai Emery. He insisted that Neymar was worth any price. Inevitably, Neymar, who already felt weary of being Lionel Messi’s left, bought into their promise of doing things his own way. He opened the way for the deal to be finally sealed. For this La Liga season, you would want to see if Neymar was really worth all the hassle. Better still, you can watch how Barcelona will hold up themselves without Neymar in this La Liga season.

This is the more reason you should keep your Startimes, DStv and GOtv decoders active. Avoid the trouble it takes to make this happen by simply logging onto www.vtpass.com. On www.vtpass.com, you can make quick payments for your pending bills. Renew your cable TV subscription in the quickest way possible through VTPASS.com. 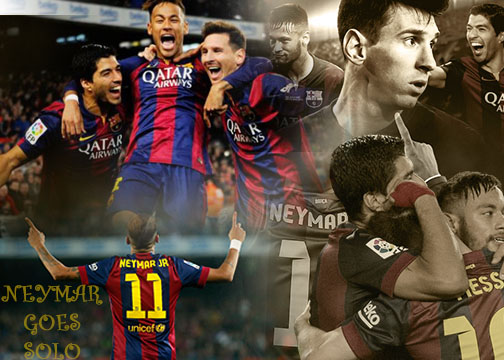 Barcelona fans can’t seem to still believe that they have lost their second-best player to one of their standard rivals. Andres Iniesta, Barcelona’s manager admits it will be one of their biggest losses. Neymar was indeed an invaluable player. He even went on to say that having Neymar stay at the club was worth more to him than the massive reward for his transfer. Suarez and Messi would miss him all the more for the terrific triumphs they had together. They were considered a perfect treble.

Many strange things have indeed happened. But for La Liga 2017, the best of them is yet to surface. Stay on top of the drills and remain connected to the live thrilling actions that are bound to occur this season by keeping your DStv, GOTV, STARTIMES cable subscriptions constantly renewed with VTPass.com. Also, pay for other services like phone airtime, electricity bills etc.

Do not let the excitement die out. Do not be the one to be told how much you missed out. Keep the screen alive. Log onto www.vtpass.com NOW.