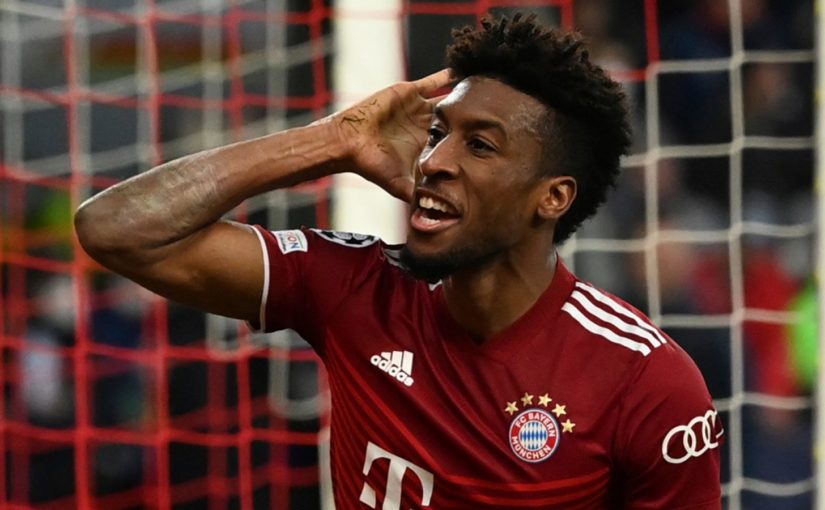 Matchday 2 of the Champions League round of 16 matches saw Liverpool, Inter, Bayern and Salzburg lock horns. Champions League nights are the best. Tuesday night had seen PSG, Real Madrid, Man City and Sporting battle. Or at least try, as Sporting were swept away. Matchday 2 brought more excitement. Liverpool shine, Bayern held. And we loved it.

We didn’t expect this result. Bayern, six time winners were held to a 1-1 draw with Salzburg on the night. We are used to seeing Bayern run roughshod over lesser teams in the competition. Even elite teams are usually not spared. Such is their efficiency. That deserted them on the night however.

Substitute Chukwubuike Adamu put the Austrian underdogs ahead after 21 minutes and it looked for a while like Bayern would see their record unbeaten away run in the competition end at 21 games. Bayern were shocked. They tried to restore parity but, in all honesty, Salzburg looked like the more dangerous side, coming close to adding another. Subsequently, Bayern got their equaliser. Kingsley Coman, their brightest player on the night, latched onto Thomas Muller’s flick on to drill home at the far post and score a last minute equaliser. This sets the tone for the second leg nicely now. Subsequently, will we see an upset, or will Bayern come back strongly? Tuesday March 8 is the date.

Liverpool defeated Inter Milan at the San Siro to go one step closer to progressing to the quarter final. Firstly, we all expected it to be honest. Consequently, Inter’s display was noteworthy however. Initially, the game started evenly, with both sides applying pressure high up the pitch. Inter almost took the lead through Hakan Calhanoglu, but his thumping strike from close-range struck the bar after 16 minutes. Inter looked dangerous.

Subsequently, the home side began the second half on the front foot but couldn’t take advantage of their dominance. Eventually, they were made to rue this. Liverpool took the lead against the run of play 15 minutes from time. Andy Robertson’s corner was met by the head of substitute Roberto Firmino, who glanced the ball in with a well-timed header. That goal proved to be the turning point, as Liverpool doubled their lead eight minutes later, Mohamed Salah’s deflected shot found the back of the net. Jurgen Klopp’s side will now go into the second leg at Anfield in a fortnight confident of progressing.

So Liverpool shine and Bayern are held. The Champions League continues next week, with Chelsea, Juventus, Manchester United and Atletico Madrid yet to play.. This is where we come in. Make your Cable TV payments, pay electricity bills, buy airtime and data easily with VTpass so you don’t miss out on any of the beautiful action.