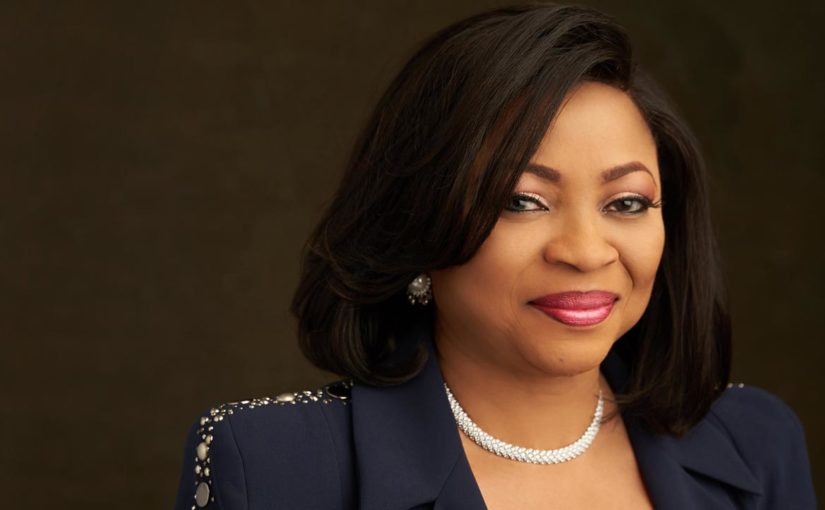 Having a beautiful Wednesday and thinking of the weekend already? Well, you should hang in there.Because there is still more money to be made this week. If you are looking for a strong motivation to propel you into creating more figures, then it would be good news to know that vtpass.com can provide the incentive for you to work faster and more convenient. At vtpass.com, we make for quick and convenient means of paying all pending bills. Just by logging in to www.vtpass.com, you can pay for your phone airtime- Etisalat, Airtel, MTN, GLO; your TV subscription, electricity bills, data subscription and so on.

And yes, why not let’s take a peep into the life of a successful business mogul. Doing this will definitely prop you to start clicking away at success. We will be taking a look at our very own Folorunsho Alakija. She has been named one of the most successful black woman in the world! According to Forbes, she is the richest woman in Nigeria with a net worth $2.1 billion. And other than Ngozi Okonjo Iweala, she is one most powerful woman in Nigeria. Not just that, she is the second richest woman in Africa. As well as the third richest woman of African descent. She is also the 87th most powerful woman in the world. You must admit that she is quite something. Here are five major things you probably did not know about this talented and successful woman. 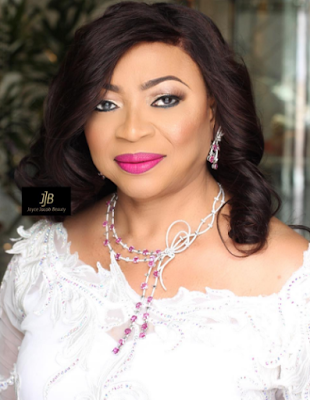 HERE ARE THINGS YOU SHOULD KNOW ABOUT FOLORUNSO ALAKIJA 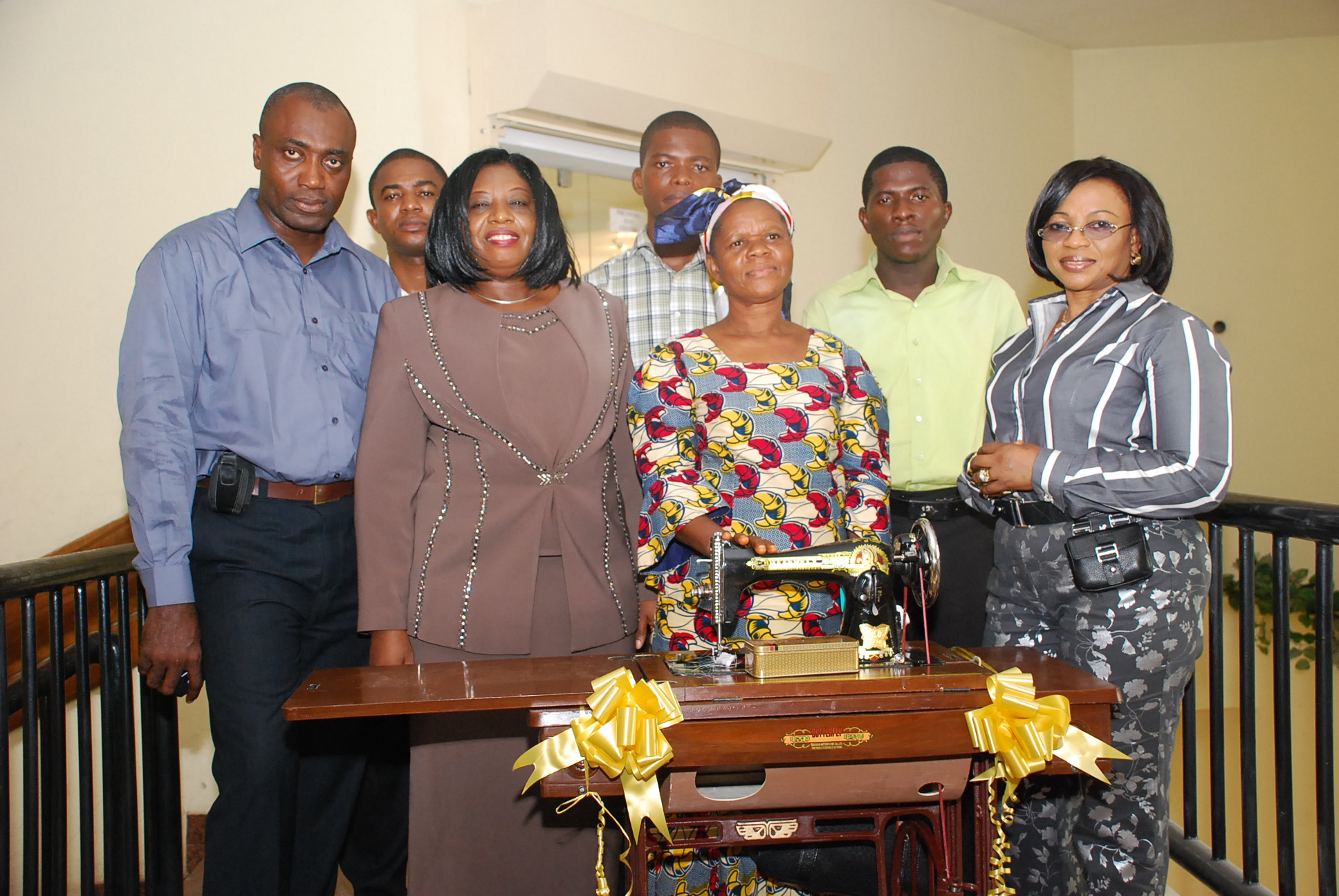 Also, her company Famfa Oil is a major contributor to the Agbami medical and engineering scholarship scheme which has helped sponsor the education of many medically and technologically oriented students. There is also the Folorunsho Alakija Scholarship Scheme, designed to help very poor Nigerians get an education. 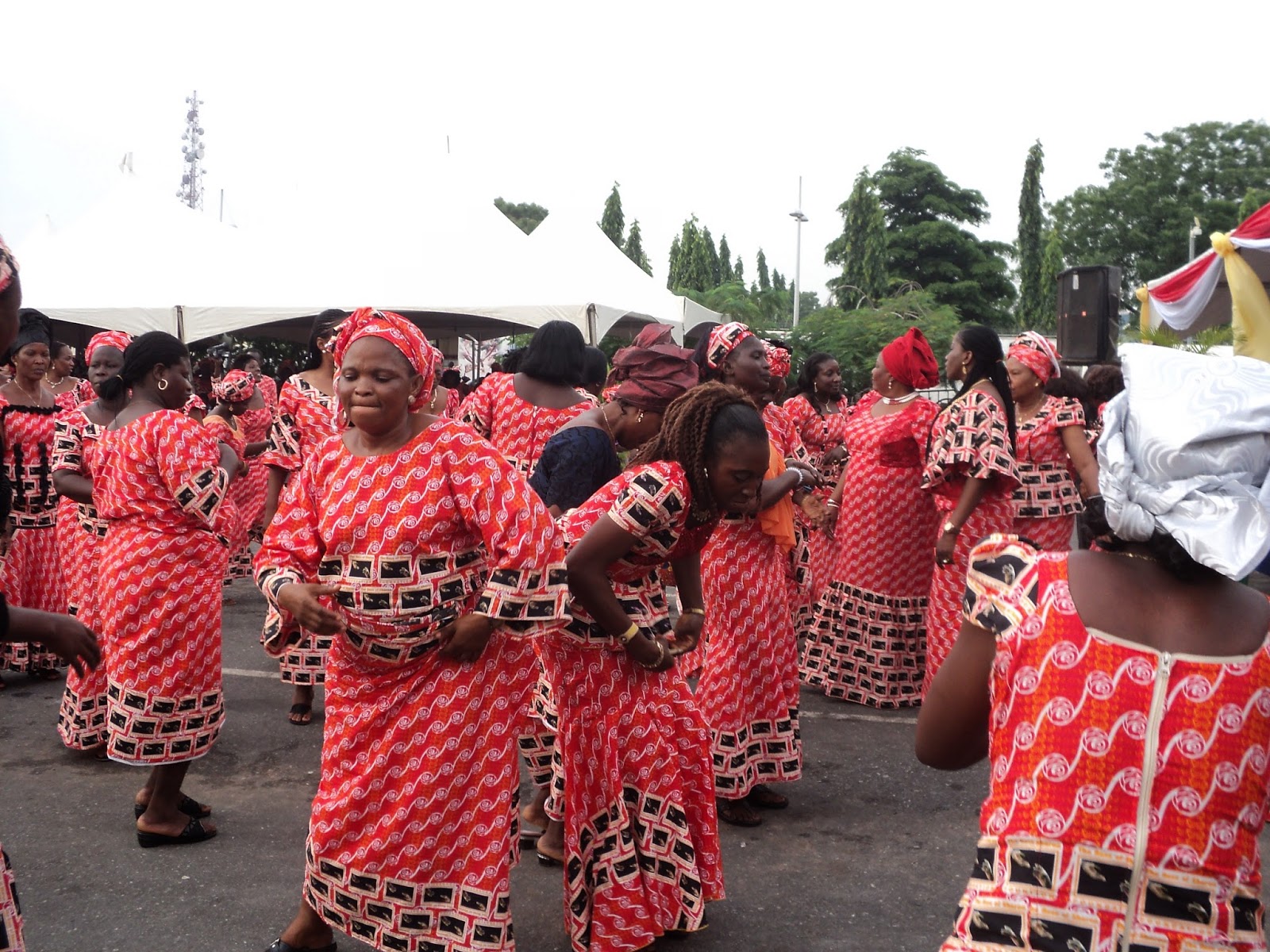 2. She never went to a University

It almost has become an imperative for any successful person to be an alumnus of a well-known university. Well, this is not the case with Folorunsho Alakija. Despite accumulating certificates in other respects, a university degree was never part of the stock. 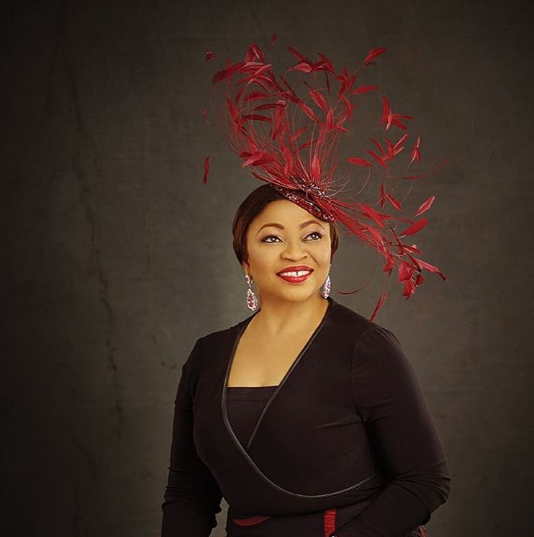 When Folorunsho Alakija was seven years, she was sent to the United Kingdom to begin a primary education in Wales. On her return to Nigeria, she went to Muslim High School, Sagamu, Ogun State. After this, she went over the shores again for secretarial studies at Pitman’s Central College. She went from secretarial school to several fashion schools to study fashion design. Yes, she has been in several institutions but none of them has ever been a university.

On the reason for not attending a university, Alakija says that “If I had the opportunity of going to the university, maybe I would have come out with a second class upper or lower but that didn’t happen; that wasn’t to be my destiny. I would have loved to go to the university as we all know that university education is good but some of us who have not gone, it is not the end of the world.” 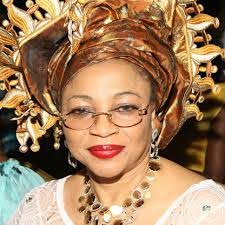 Well university or no university, she has risen to an enviable peak. Not only that, not having a university degree did not stop her from being the chancellor of Osun State University. This has made her the first female chancellor in Nigeria.

Vtpass.com believes that there are no limits to success. You can use your available resources to get to the apex of your career. One of such resources is the opportunity which Vtpass.com presents.

Why don’t you use the opportunity vtpass.com presents to move your business forward? Do not seek for resources out there to resolve your pending bills, when there is one already at your doorstep. With vtpass.com, you can conveniently pay for your phone airtime, TV Subscription, data subscription, electricity bills and so much more.

It won’t be wrong to say that Folorunsho Alakija’s success was set right on track with the help of her parents. They saw the potential she embodied. For one thing, being born to Chief L.A Ogbara, a husband to eight wives in Ikorodu, Lagos, meant that she was one of many more children. 52 children, in the case of Chief Ogbara. The largeness of Chief Ogbara’s household did not stop him from sending his children to good schools home and abroad. As it appears, Folorunsho and her sister, Doyin were part of the very few ones that Chief Ogbara gave qualitative education. And as far as can be seen, this has paid off.

Again Folorunsho started off as an executive secretary of Sijuade Enterprise. But she left the corporate circle to follow her fashion designing passion. She took up several studies in the UK. On coming back, she established her own fashion house Supreme Stitches which rose to a very prominent height. What is not known though is that her mother, a prolific fashion expert helped out a lot. Inevitably, this helped in taking Folorunsho’s fashion business to great heights. Evidently, not only did her parents believed in her, they also helped make her dream come true. 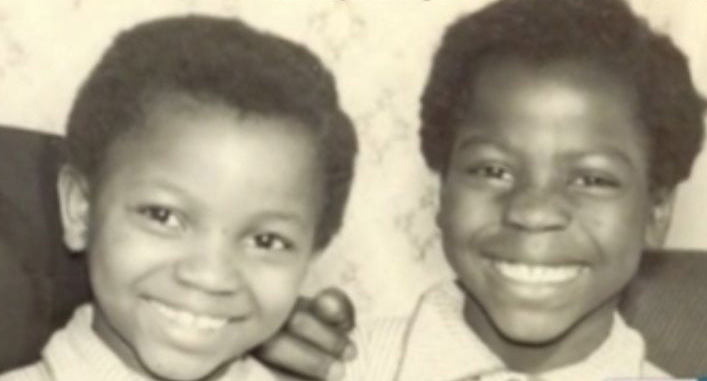 Partner with us at vtpass.com by joining in on one of our affiliate programs like the Refer a Friend, widget or by being a Terminal agent. We can help transcend limits. Simply log on to www.vtpass.com.

4. Folorunsho Alakija is a Jack of all trades and master of all.

As highlighted above, Folorunsho Alakija started out as a secretary. Also, she worked at First National Bank of Chicago (FinBank), now owned by FCMB, before moving on to the fashion world. She was awarded the best fashion house in 1986. Due to her impact in Nigerian fashion, she is the National President and trustee of the Fashion Designers Association of Nigeria (FADAN). 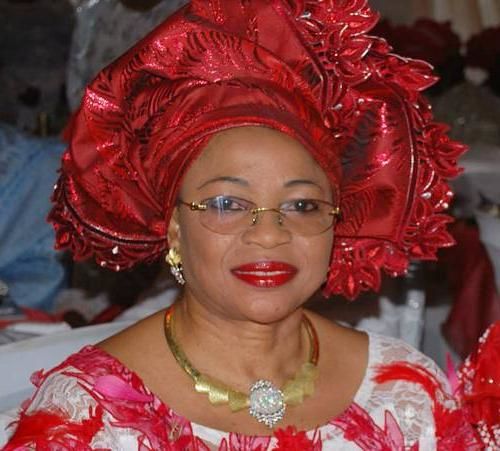 Folorunsho, however, got her big break when she, alongside her friend, bought an undesired oil bloc. Texaco, seeing the potential in the oil bloc, partnered with her company giving her the success story she had been waiting for. Now, she is also involved in real estate and property development.

The business tycoon’s high point is in being able to multitask successfully. Despite having several wings of business, she is able to appropriately manage every one of them. Only through efficient delegation can this be possible. 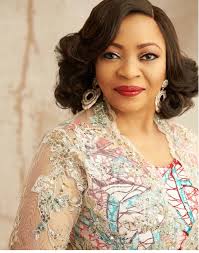 Looking for how to get some tasks done while attending to several others? Trust vtpass.com to help you out on this. Pay all pending bills, phone airtime, DStv subscription, GOtv subscription, Startimes subscription and even your electricity bills by simply logging on to www.vtpass.com, and leaving us to do the rest.

5. Her love life is at an ace level 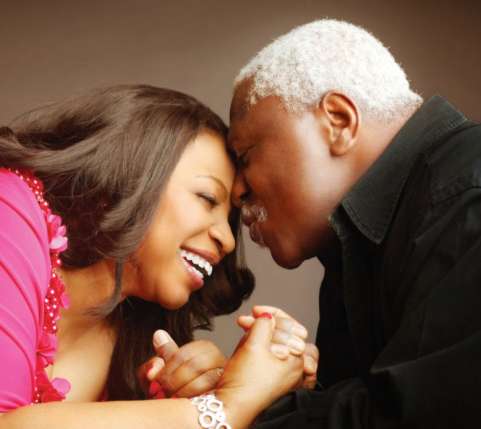 Recently, Folorunsho Alakija posted pictures showing that even at sixty-five, her love life is still flourishing. In 1976, she got married to Modupe Alakija and the marriage has produced four sons, all of whom are very successful. She is evidently still happily married and basking in the happiness of her own children. In her own words, she says “Only God could have given me a husband for almost forty years in the marriage that is still growing strong. His name forever be praised.”

Just this year, Folorunsho’s youngest son Folarin got married for a second time, after he lost his first wife to cancer.His Iranian wife, whom he married in an overwhelmingly grand style, is a model and marketing consultant. Folarin himself is an entrepreneur, an investor and a cinematographer. 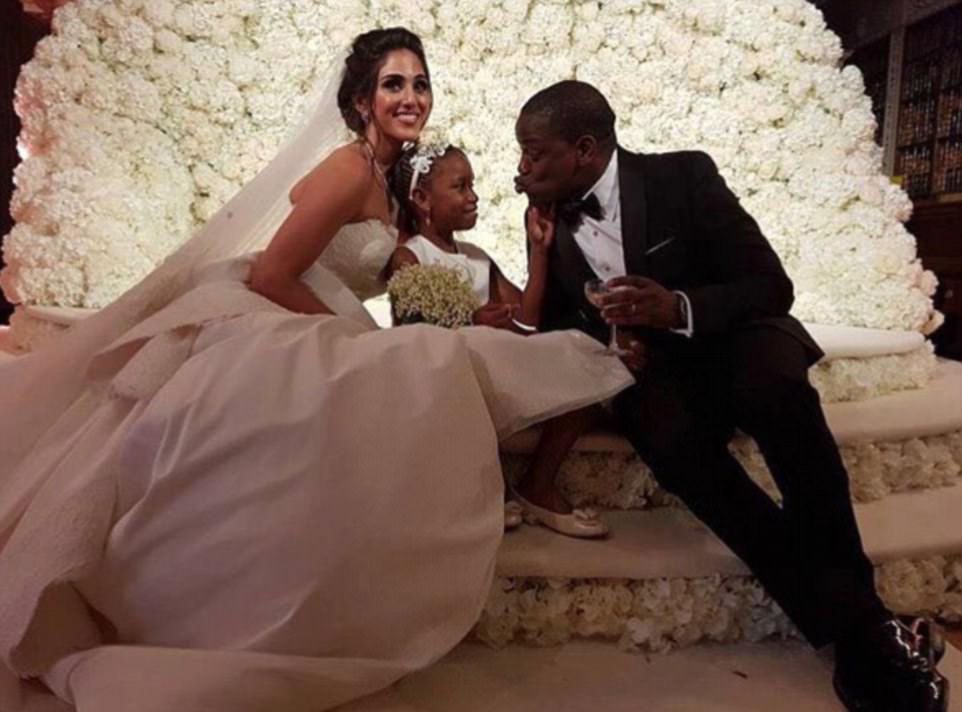 The success that runs in the Alakija’s family line also extends to several branches of the family tree. Folorunsho Alakija’s nephew is the popular Dj Xclusive who has made a name for himself both home and abroad.

This must be more than enough motivation for you to get on working and increase your present figures. Remember that vtpass.com is, in many more ways, central to ensuring an optimal performance in your business and career pursuance. Renew your 9mobile, Airtel, MTN, GLO data subscriptions right on time and at your convenience.

Also, pay for your electricity bills from any port or station you are- Lagos, Port Harcourt, Abuja, Kano etc. and even also stay on top of current happenings by always renewing your TV subscriptions. Connect to www.vtpass.com now to count among the world’s best.