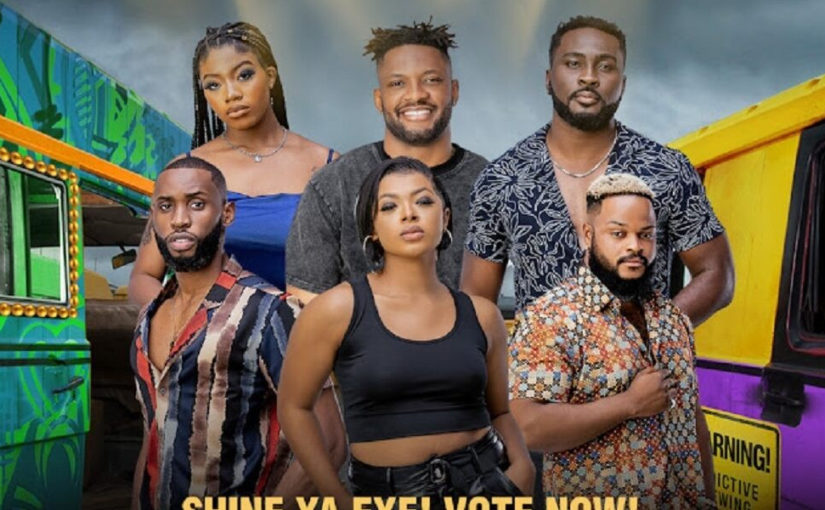 76 days after, we arrived at the BBnaija Season 6 finale in style! The show has steadily continued to gather a large fanbase over the seasons and season 6 brought with it twists and turns that viewers simply were not expecting. Whether or not you watch the show however, there were lessons to be learnt, and here are a few.

Immediately the show started this season, every thought Maria was going to be queen bee. She thought so herself. Always in the conversations, pretty, great accent, she was the alpha female to beat, and she knew it. Alas, it would not be so. She was evicted at the beginning of the sixth week. Many viewers even thought Biggie was going to pull a twist to bring her back. That’s how powerful she was. It wasn’t to be so however. Turns out in this life, you have to be humble, or pretend to be. Even general Pere calmed down drastically the moment she got evicted. He got the message. Loud and clear at that!

Although the show and housemates are largely followed because of the content churned out, Nigerians will apparently not hesitate to call rubbish what it is. Boma and Tega felt they were giving us content when they were doing hanky panky in the house, they wouldn’t have expected the backlash that came with it. They got evicted from the show, Tega is battling to keep her mental health as Nigerians keep coming for her from all angles. Boma, to a large extent is less under attack. He wasn’t the married one, after all. Fair? We can’t say. Subsequently though, we doubt any future housemates will be going this route.

There’s Love, and then there’s Saga and Nini

We really don’t understand this Saga and Nini drama. First, Saga fails his task because Nini was angry at him. Next, Nini disappears from the house (her own task). Saga proceeds to make an utter fool of himself, crying, moping about, the entire works, while Nini watches him on TV. It was super obvious Biggie was involved. Nini couldn’t be kidnapped! The amazing thing is that Nini kept mentioning her boyfriend throughout the show. Now that the show has ended, we are waiting to see where things go. Those of you that have found love, please tell us, is this how it does y’all?

Food is the way to a man’s heart, only if you’re a woman

The eventual BBnaija season 6 finale winner, Whitemoney, found out the hard way. Despite the endless and relentless cooking done by Whitemoney through the show, he and Pere never seemed to connect, with Pere adamant to send him packing. It wasn’t until Maria was sent out of the house that Pere calmed down a bit and readjusted his strategy. It is quite interesting to note that Pere and Maria would eat Whitemoney’s food, but still go and nominate him for eviction. This life!

In a world filled with so much acting and pretence, real recognizes real. ex-housemates like Cross, Liquorose, and Angel won several hearts from their time on the show with their originality. Fans will confirm that Cross and Angel seem genuine, so it’s easier to connect with them, and Liquorose was free-spirited and lovable. Little wonder they made it into the final 6. Little wonder!

Know how to cook good food

Seems like a joke, but this rings true. It was debated endlessly if cooking was Whitemoney’s strategy or not. Right now, it doesn’t matter. He won and that’s on periodt! If you’re handy in a place others aren’t, you already have the advantage. You just have to know how to use it well. Find out what makes you indispensable, and press your advantage home

I remember myself and my wife talking about those we wanted in the final. She said something very profound. She said “Liquorose deserves to win it, but Whitemoney is graced.” That statement held true as both made it to the final two (we predicted the top 6 accurately if I may add). Whitemoney eventually won. Liquorose, JayPaul, and Whitemoney have tales of coming close to getting into the house in previous seasons and missing out but now, they got to compete for more money,. Clearly, it was their time.

Get a Business To Mind, Literally

As the BBnaija Season 6 finale came to a close on Sunday, Ebuka asked the top 6 housemates “what’s next” as they were being evicted. Practically all of them mentioned “business” amongst other things they were interested in going into. These are housemates who are already millionaires as a result of their winnings from the show. Meanwhile, Onome and Tunji will not go into business because they are still busy slaying. Continue! Sapa will soon come knocking on your door. Get a side hustle, urgent 2k has finished inside market.

Whitemoney is a clown

Ehnehn now! He has to be. He definitely has plans of joining the comedy industry. Or what else could he have meant when he told Ebuka that he wanted to go into music after the show because his voice cannot waste, Mazi! Which voice naaa…

As the curtains close on another season of the show and we eagerly wait for the next, remember that with www.vtpass.com, you can buy airtime and data from the ease of your mobile phone. Similarly, you can also pay electricity, and TV bills so you never have a dull moment. After all, you’re going to need content until the next show comes your way.