Another valentine is just around the corner and as usual, couples feel that knowing pressure of making it extra-special. Something about trying to out-do the previous year’s valentine keeps couples from truly doing what really matters.

But valentine doesn’t have to be a Big-Bang, dazzling event that drains the bank account. While spoiling each other with expensive gifts and treats are still fanciful, spending quality time is all that counts.

And no, we are not talking about the cliché restaurant outings alone; here are 7 unique valentine activities you can try this year:

1. Give each other a massage

You know that feeling of lying in bed and having some strong or soft fingers work out the knots in your shoulders and feet? Yeah! Why not relinquish that this valentine?

You can give your partner a sweet massage for 30 minutes or so, with oils and soft background music. Then lay back, close your eyes and let them do the same to you.

2. Take a long bath together in a tub

When you and your partner at that level of your relationship, bathing together might not sound unique. But here is something to spice things up.

Place candles or spotlights at attractive places around the bathtub, get a bowl of strawberries, a tray of chocolate, and a chilled bottle of champaign; all at arms’ length. Have a long, hot, tub bath together, while munching on sweets and champaign.

3. Have a romantic movie marathon

We gave an example of a movie marathon in a previous post. Since this year’s valentine falls on a Sunday, it makes for a great escape from reality and into the entertainment of tons of movies.

Be sure to have popcorn, drinks, and each other during this marathon; and make time for desserts and in-house lunch or dinner between movies.

4. Play a game together

When was the last time you two played a game just for two? It might be something classic as a Ludo or Whot, or something deeper like a Truth or Dare game.

If both of you are outdoor champs, this might be the perfect day to race each other to a stadium, play snooker, table tennis, or go swimming.

Cooking together is always perfect for Valentine. However, instead of making what you already know, why not try something new and special for both of you?

The internet is overflowing with exciting dishes for valentine from every part of the world. Set today to try that special Thai cuisine or French salad; as far as the ingredients are within reach.

You don’t have to have a destination in mind. Just gas up the car, hop in and drive! If you are in Lagos, check out places to visit.

There is that fun of plying roads you both have never plied before, getting lost in a city and finding your way back. Yeah!

Good thing is, you can always crash into a new restaurant or park to eat or catch fun, then zoom off again. Luckily, Google Map now makes drive-around safe and superfun.

7. Work together on a new craft or art

Creative couples with busy-hands may want to create something together this day; whatever it is. From making a photo-scrapbook to splash painting, sketching each other, or even making a toy.

Poetry is yet another art. Have you ever wondered what you’d write your partner if given a pen and 24 hours of thinking? Why not game each other with this one and have each person submit their poem to the other, at the end of the day.

Valentine is always a great day for couples to embrace the company of each other, especially with uninterrupted services.

That is where VTpass comes into play. No need running helter-skelter trying to pay bills to light-up the special day. Simply log on to www.vtpass.com to buy airtime/data, subscribe GOtv, DStv, or Startimes, or pay electricity bills . . . it’s as easy as Login, Select, and Pay! 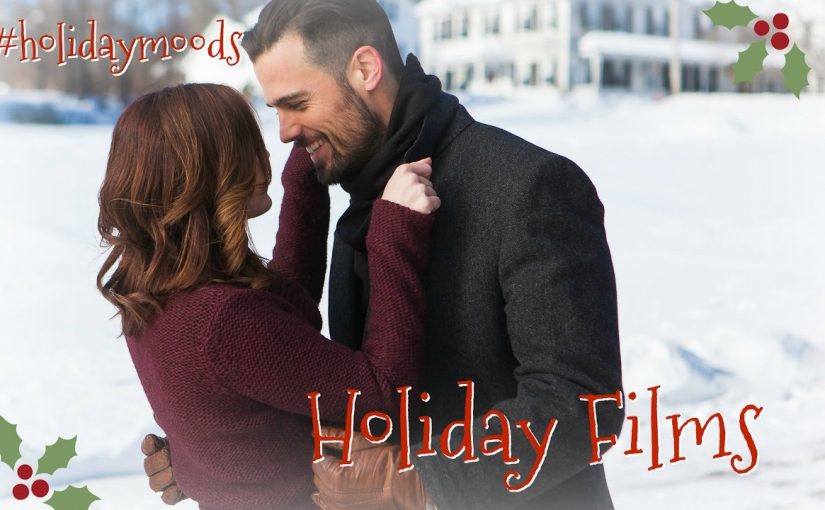 It’s near Christmas and expectations are soaring. As always, the buildup to Christmas, for most people, means the need to make more money and settle more bills. And yes, it can be quite cumbersome trying to jostle between the many things you have to do now. And this especially concerns settling bills and paying for expenses. Well, with www.vtpass.com, you have got one less thing to worry about. So, VTpass is an online payment platform and by logging in to www.vtpass.com, you get to pay your everyday bills. And this too in just three steps. You can pay your electricity bills, tv subscriptions, airtime and data right on the platform. Really, it’s an easy, convenient way to enjoy Christmas. So, talking about enjoying Christmas, one great way to do this is to watch Christmas movies.

But does this sound weird or overrated to you? Then you would want to know watching movies that talk about Christmas is like experiencing it. In fact, this is usually a norm for some families, gathering together to see Christmas movies. They give you the feeling of the season. Just as they inspire various ideas on how to spend the Christmas. And yes, the best time to watch is during the weekend. So, you are thinking of gazing at one or two movies, but don’t know which one to see? Well, here are the top ten trendy Christmas movies you can watch this weekend.

The plot centers around a lady with two kids to take care of and a whole lot of Christmas troubles. Well, this is just until she incidentally becomes a princess for Christmas in a far far away land.

This wholesome Christmas story is based on a novel by Charles Dickens. It is centred on a theme that is as old as time: the ghost and spirit of Christmas. And of course, there is the old miser who hates Christmas and incurs the wrath of the spirit. This film is a must watch for any one who wants to have a taste of Christmas salted with the painful reality of life.

The Polar Express is also based on a novel. And it is also an animation. But rather than concentrate on an old miserly man, it focuses on a sweet, young boy who believes so much in Christmas and takes an unguided journey to the Polar Express despite the myth clouding its existence. And does he find who he is looking for?

Christmas becomes meaner with the Grinch threatening to break the wits of everyone he comes across. But little Sue’s wits and guts is way too solid to be broken. And in a quite innocent way, she breaks the Grinch and finds his heart. Jim Carrey, who is the Grinch, takes on a whole new character here.

Now in this film, Santa is the naughty one and he is nowhere near the nice list. And who is going to put him straight? Actually, this Santa might not be any kid’s favourite. But he sure gains the admiration of one messed up kid. And yes, Bad Santa 2 hit the block last year.

This is a Romcom that is compact with movie stars. We have the likes of Emma Thompson, Hugh Grant, Keila Knightley, Liam Nesson, Andrew Lincoln, Alan Rickman etc. It’s a wonder how they all manage to fit into one film. But at the end, it all seems to fit well. Maybe too well. And yes, these all too perfect combos featured their love stories for a second time in Love Actually 2. And this time, they come with red noses.

An interlinked story of two women who decide to change homes and lifestyle during the Christmas. It takes all their guts for them to adjust. But with the dudes they come across, they find peace in their swapped lives.

The Spirit of Christmas

Not all spirits are spirits. Some of them have souls, a life; some can love. The Spirit of Christmas unveils this sizzling truth the Christmas way.

Christmas becomes a way too serious affair in this animated thriller with technological gadgets, and military elves replacing the good old jolly way of giving gifts. But despite the whole mechanical goings, a child is bound to be without a present. And somebody is set to prevent that from happening in the old traditional way.

We can’t fully talk Christmas movies without mentioning this. In this movie, Will Ferrell plays an overgrown elf who grows up in the North pole. And then, in his elfy green and yellow costume, he goes to look for his real father. His real father turns out to be some Wallstreet big boy. Of course, he cannot tolerate his newly found son’s disgusting childish elfish behaviour. But then, blood is thicker than water.

You up for some Tyler Perry’s melodrama and comedy. Then, A Madea Christmas will be just what you need this weekend.

Now, this is one more reason you need VTpass. With www.vtpass.com, you can get as much data as you need to stream these very amazing Christmas movies. This Christmas promises to be one of the best you have ever had. With a little smile and lots of VTpass, life can only get better.