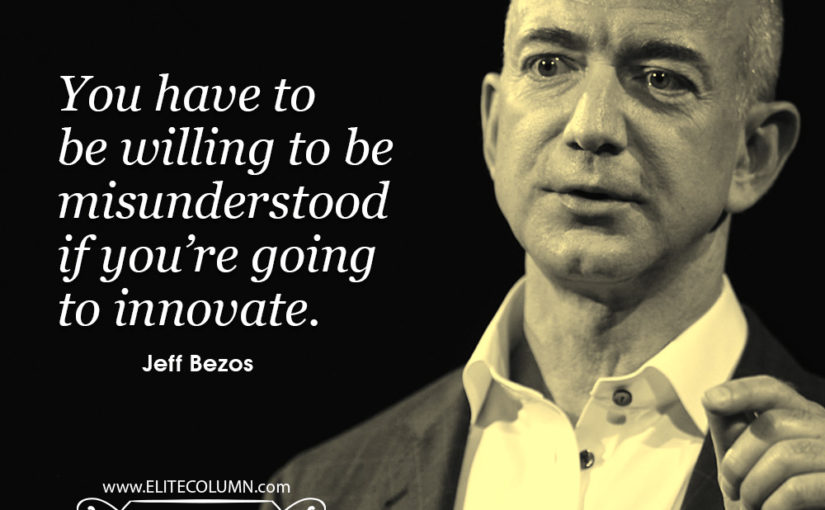 The world seems to always revolve around those it considers powerful and rich. And when it comes to power and wealth, one person that easily comes to mind is Jeff Bezos. Well, you might know Bezos as the founder of the world’s largest online retail company, Amazon. But there is actually more to him. And yes, there is his ‘resourceful, smart, brainy wife MacKenzie Bezos (alias Tuttle). This power couple has a lot of history hovering them which you would want to know about.

In like manner, VTpass is an online retail payment platform. And it solely deals with the provision of everyday services. This includes our everyday airtime and data services, cable TV subscriptions, electricity bills and so on. Hence, just by logging on to www.vtpass.com, you get to buy your MTN, AIRTEL, 9MOBILE, GLO airtime and data subscriptions. You can also renew your DSTV, STARTIMES AND GOTV subscriptions and electricity bills. In this light, we celebrate the person of Jeff Bezos as a success in the online trading sphere.

WHO IS JEFF BEZOS? 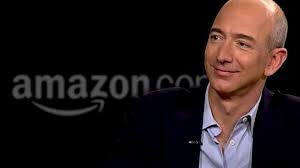 Jeff Bezos has an originally lengthy name which is spelt out as Jeffrey Preston Jorgensen in 1964. He was birthed by Ted and Jorgensen and Jacklyn Preston, who was 17 and with a rich heritage. After a year plus, Jacklyn left off her marriage with Ted and went for Miguel Mike Bezos. This caused Jeff’s panegyric name to simply become Jeff Bezos (not like it matters anyway).

Even as a child, Jeff showed deep interest in scientific matters. And all through his schooling, he pursued his interest. So that he went on to study electrical engineering and computer science at Princeton University. 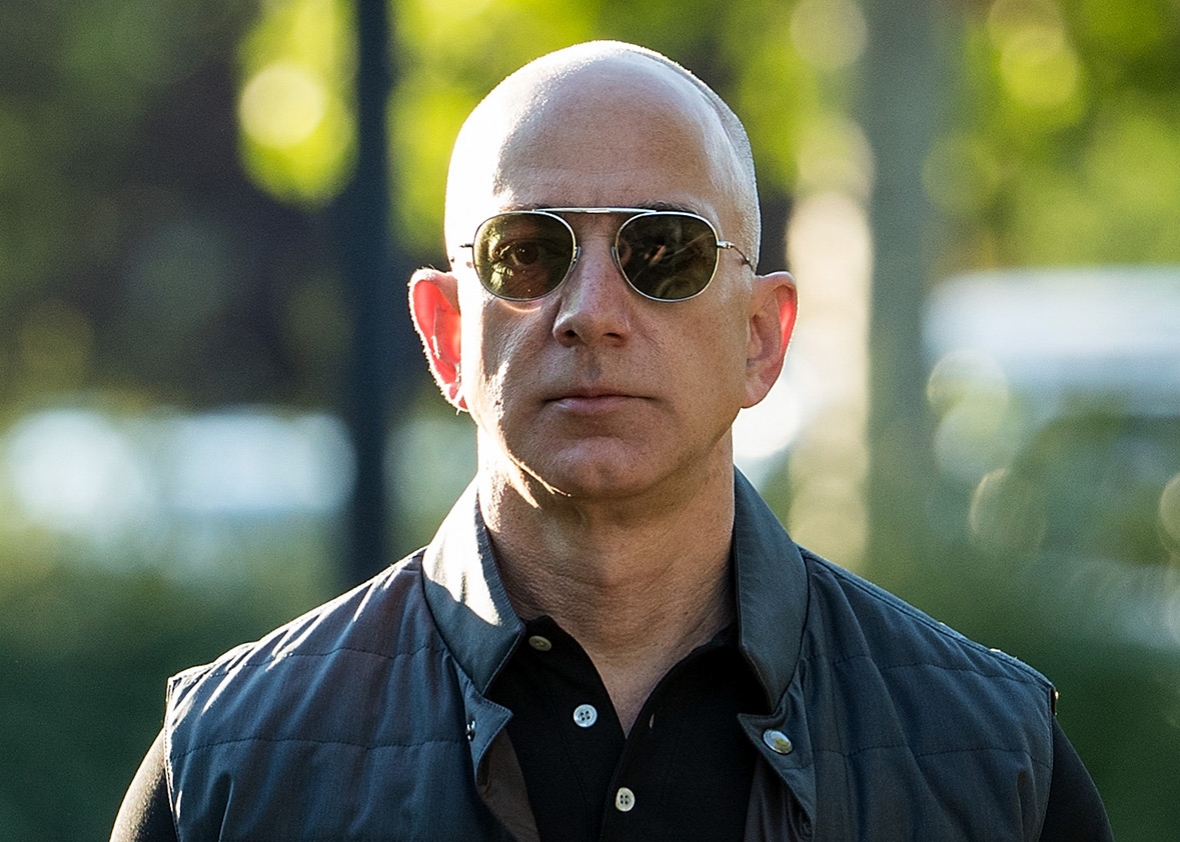 After school, Bezos worked in the computer science field and also ventured into the financial business, international trade and a hedge fund.

1994 was the year when Jeff Bezos founded Amazon in his garage at Seattle. And the rest is history. Right now, he owns nearly 17% of Amazon. His net worth is $95.4 bill. At a time, Bezos briefly topped Forbes’ ranks of the world’s richest in July 2017, as his online retailer’s stock surged. 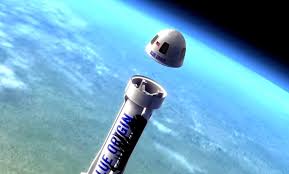 Bezo’s other passion is space travel. In fact, in an interview, he had when he was eighteen, he “said he wanted to build space hotels, amusement parks and colonies for 2 million or 3 million people who would be in orbit. According to him, ‘The whole idea is to preserve the earth’. And he has followed up with his dream with his aerospace company, Blue Origin. Right now, the space flight startup company is developing a reusable rocket that Bezos says will carry passengers. Even at this, Bezos has more ambitious plans for Blue Origin:

“We want to go everywhere, [requiring significantly lower launch costs.] Our number-one opponent is gravity. … The vision for Blue is pretty simple. We want to see millions of people living and working in space. That’s going to take a long time. I think it’s a worthwhile goal.”

Bezos exhibited an extension of his greatness when he purchased The Washington Post in 2013 for $250 million. Not just that, though, Bezos has contributed to the success of a whole lot of other companies. Companies like Airbnb, Linden Lab, Aviary, Google, Uber, Twitter etc. have benefitted from his funding. All these and much more are part of the Bezos Expedition.

And you would want to know that he featured in one of the Star Wars seasons. 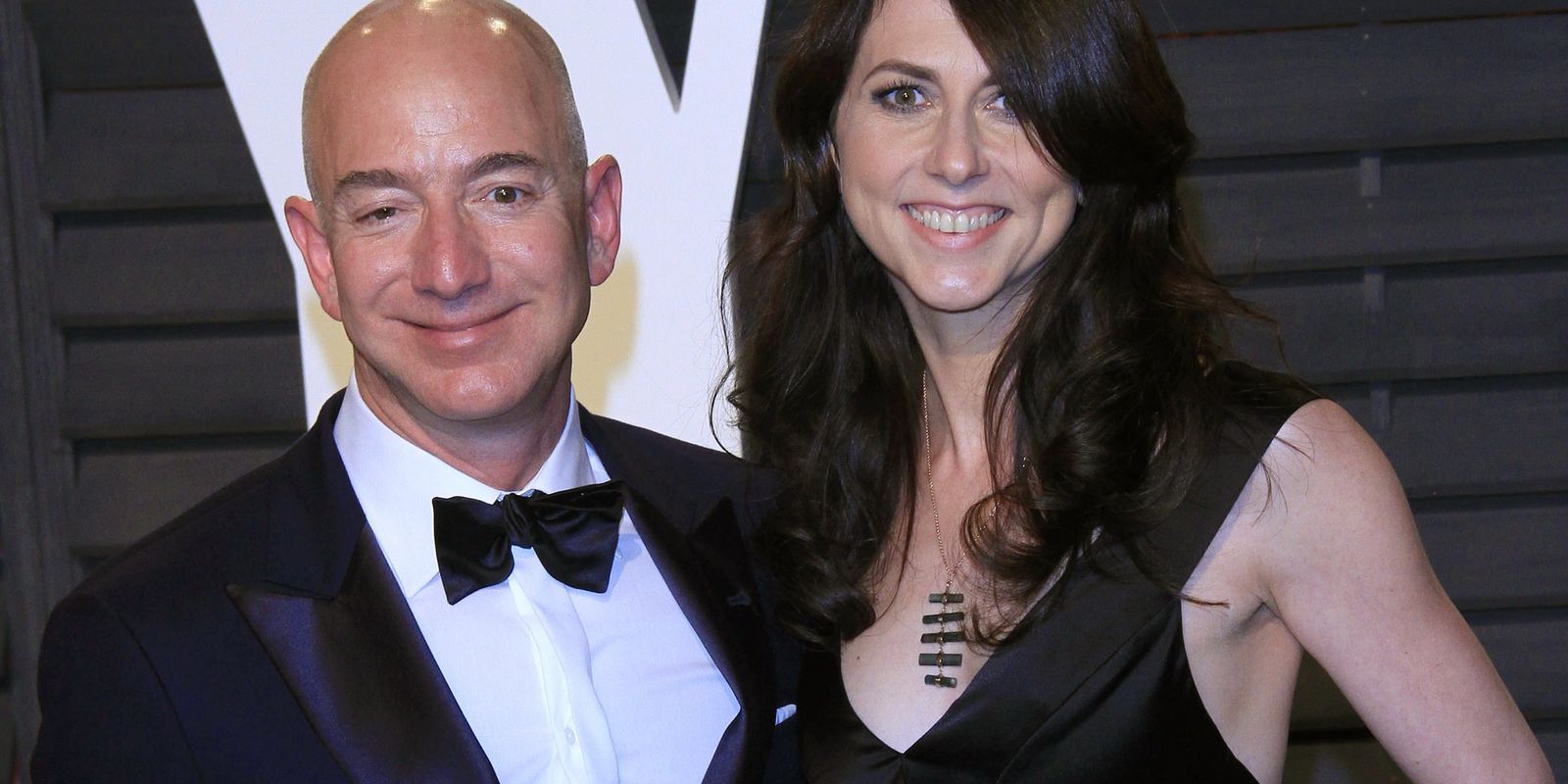 Not many will know Jeff Bezos’ wife. But the few who do knows that she is physically, mentally and financially on point. First off, she is a writer of great repute. Her first novel, The Testing of Luther Albright, won the 2006 American Book Award. She recently published another novel, Traps, in 2013. 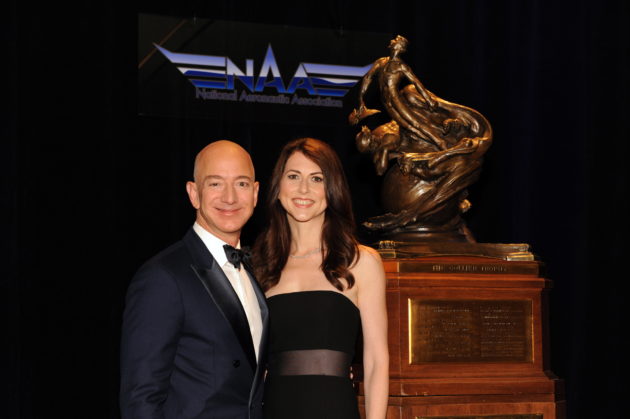 She worked for Jeff Bezos in 1992 at his hedge fund job. During this time, she fell for his warm laughter and asked him out to a meal. After six months, they got married. And then, they moved to Seattle from New York together. So Mackenzie Bezos has been with Jeff right from his beginning as the founder of Amazon. 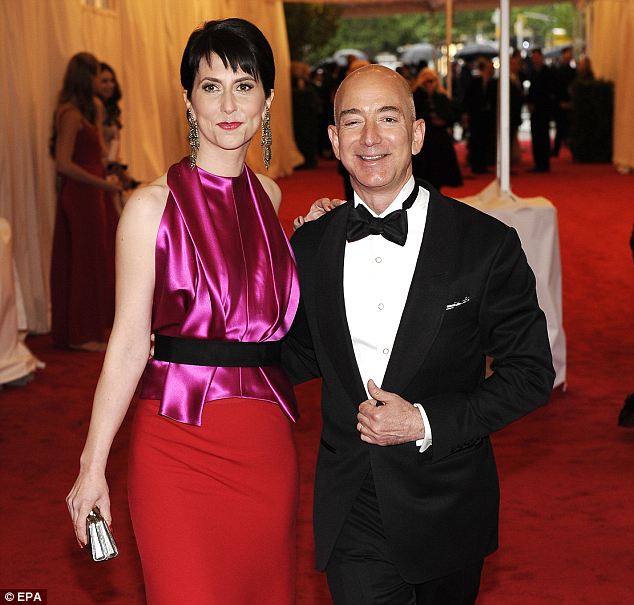 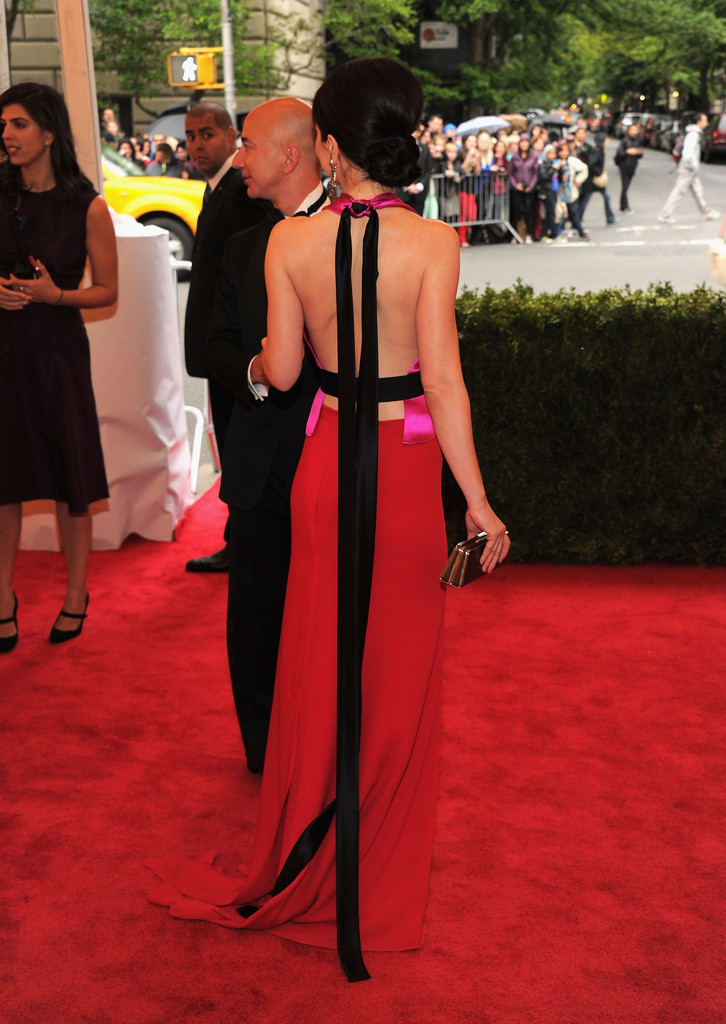 Right now, MacKenzie Bezos is the director of Bystander Revolution, an anti-bullying revolution which she founded in 2014.

So pretty much, this couple is making some big impact on humanity itself.

VTpass, as an online payment platform, is looking in the direction of greatness. And surely, we are heading there with our forward move to make the world a more convenient place. Now, you can easily buy your airtime, data, tv subscriptions and electricity bills by logging on to www.vtpass.com.

Here is a Jeff Bezos quote that will get you started on a successful future. 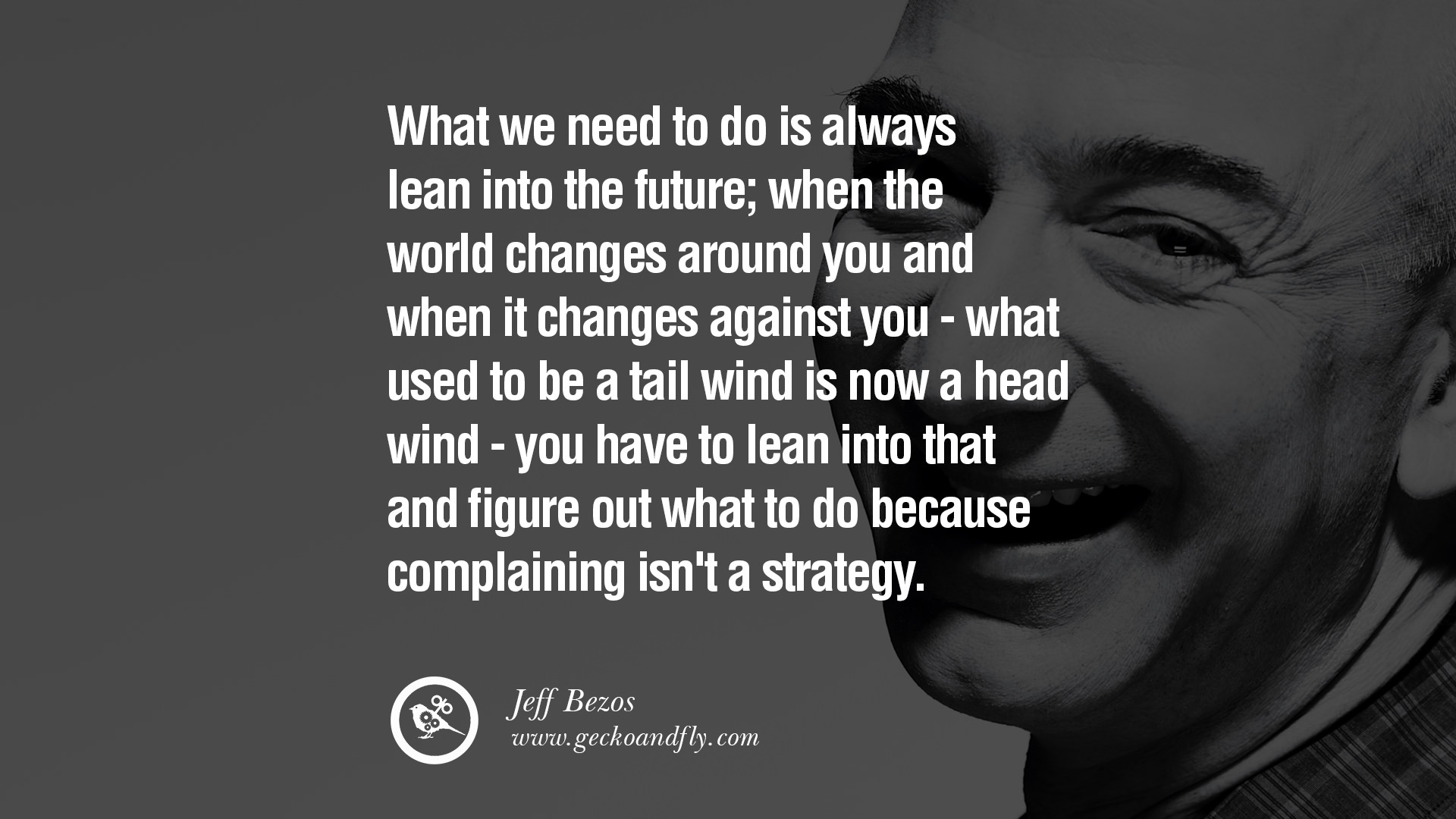 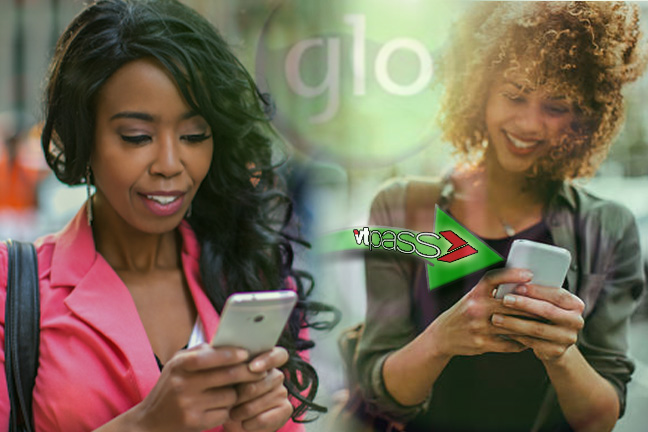 It would seem sharing and getting connected is as essential a part of life as breathing itself. It is thus no wonder that the various service providers have offset a connective mode through the provision of a means to easily transfer airtime to family members and loved ones. Just as there is the MTN Share ‘N’ Sell, there also is the Glo Easyshare. Knowing how to operate these -services will go a long way in helping you stay connected.

To transfer airtime through the Glo Easyshare, you need to, first and foremost, activate the service by changing or creating a GLO pin. You should keep in mind that the default pin is 00000. To change the pin, just dial,

Inevitably, your new pin must be a five digit number. For example, if your new chosen pin is 78965, then you will dial

After this, you can transfer any amount of airtime ranging from #50 to #5000 by dialling *131*Phone Number*Amount*PIN#.

Once this is done, you will be sent a message indicating a successful transfer.

But things have gotten even better. You can now perform an easy transfer to any number on any Nigerian network through Vtpass.com.

Vtpass.com is your one stop online payment platform through which you can pay for any such service like your phone airtime, Cable TV subscription, Electricity bill and other services. Because of its widespread reach, you can utilise the services we offer at vtpass.com anywhere and at any time.

Also, you can send airtime to others, as well as recharge your phone through Vtpass.com. There is no limit to the number of people or amount of airtime you can send. Vtpass.com has proven over time to be the reliable courier to whom you can entrust the payment of your bills to be done with speed and convenience.

HOW DOES THIS WORK?

Sharing airtime with your loved ones through Vtpass.com can be done in three easy steps:

It’s as easy as it looks.

Registering on vtpass.com affords a lot of privileges that you otherwise wouldn’t have gotten round to exploring. For one thing, you can credit your wallet when you register. The vtpass.com e-wallet is a deposit avenue on Vtpass.com where you pay in any amount and can at any time use it to fund payment for your phone airtime or any other service you wish to pay for. Not only does this save you the stress and worries of paying for services in cash, it also helps you ration your expenses while still able to share and care for your peeps. 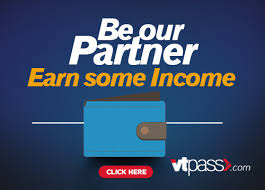 The good news is apart from using vtpass.com to share with your loved ones, you can also earn more money. To start with, there is the Refer a Friend program, whereby you share with a friend and earn a specific commission of every transaction your friend performs. The Affiliate program is even bigger. By sharing on your website the banners of Vtpass.com, you earn a commission of any transaction performed through your website. Again, there is the widget program… Now, find more reasons to share and care for your peeps and pals. Visit www.vtpass.com NOW.