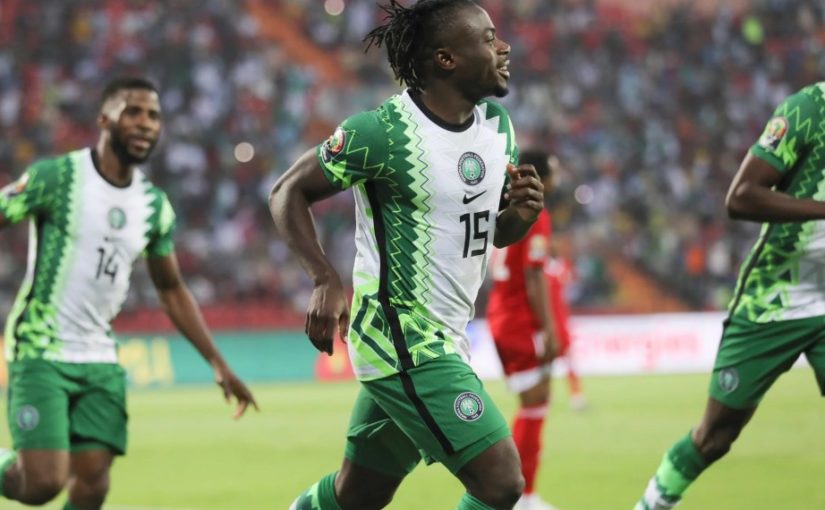 On Wednesday night, we got to witness the Super Eagles of Nigeria soar to a 2 – 0 win against Guinea Bissau in their third game of the group stages of the AFCON. The eagles in doing so, became the only side at this year’s AFCON to record a 100% record in the group stages. The only side. That’s some feat!

Nigeria had already won the group before kick-off, reward for victories recorded against Mohamed Salah’s Egypt and Sudan. It’s the first time that the super eagles of Nigeria have won all three AFCON group matches since 2006. Champions in 1980, 1984 and 2013, is it too early to start dreaming of a fourth?

Time will tell. Nigeria is definitely up there though with the likes of Cameroon and Senegal as one of the tournament favourites. And with their record, many sides will be looking to avoid them when the last 16 draw is done.

While there are still some good teams in the competition, the Super Eagles go into the draw full of confidence. This team has done well for themselves. Considering the fact that they have played 3, scored 6, and gotten 9 points out of a possible 9, they have done well indeed. What more? They are actually playing good football. This actually looks like a team, rather than the usual composition of individuals we are used to getting.

Truth is, many of us wrote them off before they even kicked a ball. We have had our hearts broken too many times that optimism was on very short supply. However, this current crop have us believing again.

Whichever way it goes, don’t miss out on any of the action at this year’s AFCON. You can easily make your Cable TV payments, pay electricity bills, buy airtime and data with VTpass. It’s as easy as click, pay and go to pay your bills, stay connected, and enjoy the 2021 AFCON action live!