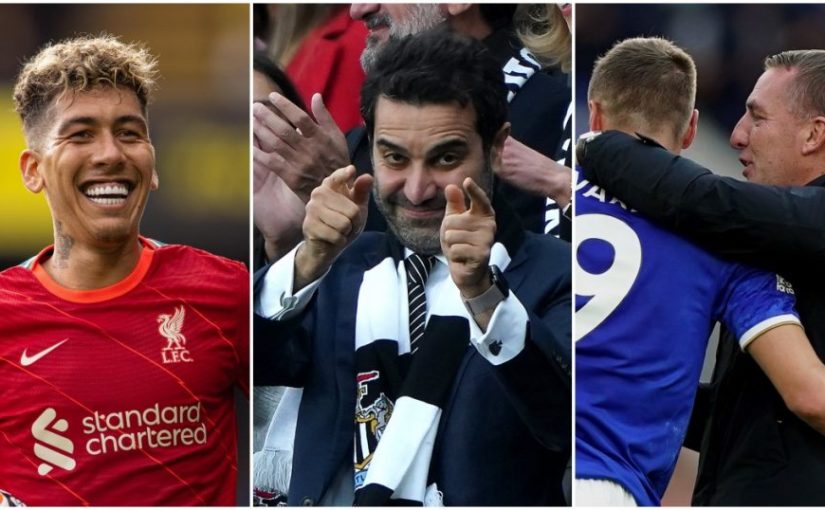 As the premier league week 8 kicked off on Saturday, the energy that club rivalry brings came back, and fans absolutely loved it. Country football is great. But club level is where we get to see footballers star, week in, week out. Here are the major talking points.

The International break was filled with the buzz around Cristiano Ronaldo and his record breaking 10th hat trick for Portugal. The Manchester United star however, cannot seem to be able to transfer his good fortune to the club. Leicester’s victory was no smash and grab. They beat United, fair and square. Had a better game plan, were hungrier, played better. Overall, they deserved to win here, and win they did. The 4-2 score line is sure to bruise some of the big egos in the United dressing room, but, the earlier the better. United’s upcoming fixtures till November 30th is nothing to be excited about, with Atalanta, Liverpool, Tottenham, Mancity, Villareal, Watford, Chelsea and Arsenal all lying in wait. United is the cherry right now, and everyone wants a bite.

Firmino might have grabbed headlines with his hat trick this weekend, but the name on everyone’s lips on Merseyside is Salah. Mo has his imprint firmly as a club legend already. What a pass for Sadio Mane’s goal! It was a lovely ball he bent around the Watford defence for Mane’s opener. It’s called the pass of a master. A masterpiece of a performance it was, as he went on to score himself at Vicarage Road, courtesy of another mesmeric dribble. 4 years ago, he started his career at Liverpool with a goal at Watford. That season, he went on to rack up 44 goals. Many said he would be a 1-season wonder. 4 years after, however, he only seems to get better and better.

Elsewhere, there were wins for Man city over Burnley, Tottenham away at Newcastle, and Chelsea away at Brentford. Chelsea are sitting pretty at the top of the standings. It’s just Premier League Week 8, but, you know, League titles are won in bits.

Don’t miss out on any of the action when you can easily make your Cable TV payments, pay electricity bills, buy airtime and data with VTpass. It’s as easy as click, pay and go to be plugged in to your world of entertainment.