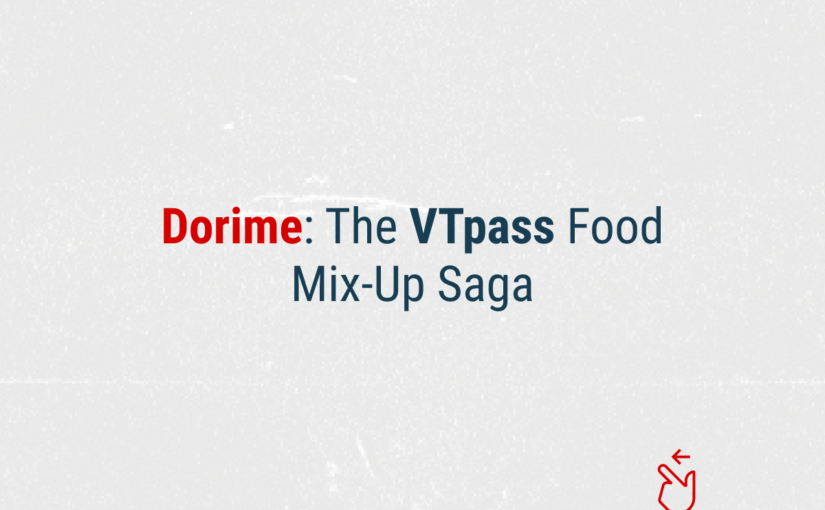 This is the real life account of a food mix-up saga that unfolded in our office and all the dorime that came with it.

It happened on Monday morning. Mike, rushing to avoid getting to the office late, quickly grabbed the black nylon containing his food and took off without checking what was packaged for him. Can somebody play Dorime track 1?

On arriving at the office, Mike proceeded to the cafeteria and dropped his food, so eager to start the day’s work that he still didn’t check to see what had been packaged in the black nylon. DJ please play Dorime track 2

As the day went by, Francis, the office assistant, went out to buy lunch for some colleagues. Mike later goes for lunch, picks up his food, finally checks it, sees one boiled egg. He thought it strange because he knew there was chicken at home but was just too hungry to care. He started eating and was almost done when…

Shayo, his colleague, walks in and starts looking for his food with Francis the office assistant. Mike didn’t pay too much attention until he heard “there was a boiled egg in the food.” The description of the food was so apt that it became obvious that Mike don chop person food o…

Upon investigation, Mike’s real food was found having chicken, fish and snail as protein. What sort of sorcery is this? Mike wondered!

Luckily for Mike, Shayo didn’t make a big deal out of it as it was the close of his shift. That’s how Iyanu, another colleague who was in the right place at the right time, ate free food!