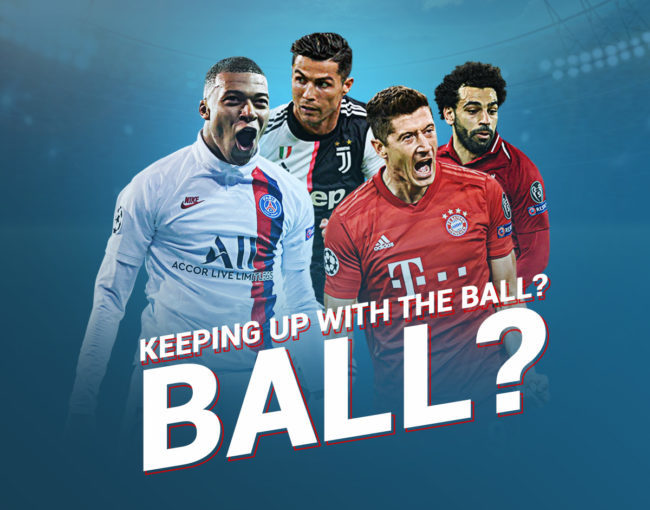 Just last week, Crystal Palace knocked Manchester United 3-1 at Old Trafford, bringing back the ‘anything can happen’ tingles of the premier league.

In Germany, current UEFA champions and Bundesliga winner, Bayern Munich kickstarted their new season with an 8-0 slaughter of Schalke. Jeez!

Christiano Ronaldo pulled in a late one on the 88th minute as Juventus cruised 3-0 over Sampdoria in Seria A season opener. Guess the race for who’s best between him and his long time rival, Lionel Messi has just begun.

Speaking of Messi; he is yet to record a goal this season as FC Barcelona is just concluding pre-season ahead of 2020-21 La Liga.

Something to look out for, right? Or perhaps, we should look with awe into Ligue Un where Paris Saint Germain sits 8th on the league table haven lost two early matches. Hmmm. . .

With so much cooking up in Europe’s top 5 leagues, here are 5 things to look out for as the 2020-21 season unfolds:

The over-broadcasted news about Messi leaving FC Barcelona would most likely be felt all season long. Every move made by the Argentine would surely be scrutinized in the light of this.

Although reports state that Messi is willing to play one more season with Barcelona, all eyes are on him. Would he punish Barca for refusing to let him go or would he deliver yet another stunning result this season?

Bayern for another UEFA title?

Following a strong year for Bayern Munich last season, experts are predicting the German against might bag themselves yet another UEFA Champions League title; that is if they continue playing as they are currently.

The early 8-0 trashing of strong rivals, Schalke last week already shows Bayern’s intent. And with a solid squad of young talents, an ambitious coach and passionate fans, those predictions might just come true.

Liverpool on the hot seat

Current EPL champions are starting the season in a position all previous EPL winners do find themselves; – defending the title. Jurgen Klopp managed to pull a stunt for the reds last season by winning the title for Liverpool’s after a 30-years old title draught.

Now, he finds himself defending the title against strong contenders; the likes of Manchester City, Manchester United and Chelsea; a team that just spent $300 million on boosting their squad.

Another UEFA, Another Barca, Another Drama?

Barcelona has become the object of mockery in UEFA Champions League following 4 consecutive humiliating exists. The latter being an 8-2 trashing at the hands of Bayern Munich.

The club has shown spirit, however, in starting a new sporting project; signing new talents, urging old legs out, bringing in a more fitting manager, shifting some powers is management, etc; but fans around the world would never forget Barca’s UEFA Champions League woes.

Another UEFA, another Barca!

When Christiano Ronaldo joined Juventus, it was solely to help them win the UEFA Champions League. 3 years down the lane, that is yet to happen.

Juventus had to sack Maurizio Sarri following a disappointing season in 2019-20 UEFA and appointed Andrea Pirlo as new manager. Is this the new face to lead Juventus into European glory once again?

To catch all of the footballing action this season, simply subscribe your GOtv, DStv or StarTimes. Non-stop entertainment waiting for you! Renew TV subscription with VTpass.