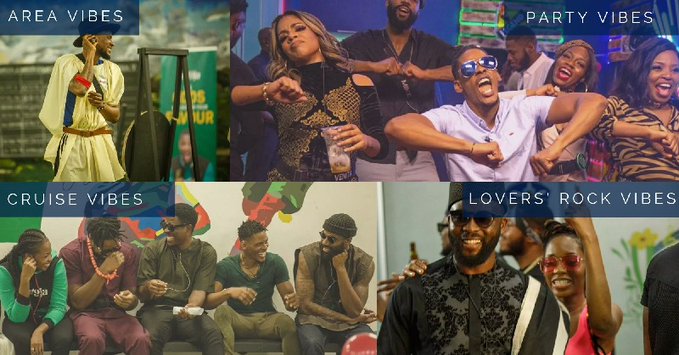 It’s been all hot. Real hot; since MultiChoice announced in June that the 5th season of the Big Brother Naija (bbnaija) reality TV show premieres on July 19th, 2020.

Pulses have risen, eyes raised, hands robbing together as millions of fans wonder what to expect from this year’s edition.

If you’re like us standing at the door trying to peck inside? Don’t flex a muscle! We’ve got you covered. Here are 5 things to expect from this year’s BBNaija reality TV show, Season 5:

When the show organizers claimed that this year’s prize money was going to be bigger, they weren’t joking. A whopping N85 million awaits the King or Queen who conquers the house. N85 million!

The breakdown of the grand prize for BBNaija season five includes an N30m cash prize; a two-bedroom apartment courtesy Revolution Plus; a top of the range SUV from Nigerian automaker, Innoson Motors; a trip to Dublin courtesy Guinness; home appliances courtesy Scanfrost; a trip to Dubai packaged by Travelbeta; a year’s supply of Indomie noodles, Munch it and Colgate toothpaste; a year’s supply of Pepsi, a branded chiller and a trip to watch the UEFA Champions League finale; and a brand new Oppo mobile smartphone.

By far, this is the biggest prize for a TV reality show in Africa. Imagine what you could do with all those goodies!

The organizers mentioned earlier that they would be taking precautions to keep the housemates safe and coronavirus-free in season five of the show.

We shouldn’t be surprised to see health workers in the house performing health screenings or frequently disinfecting the house in the course of the show. This should be fun.

However, we wouldn’t see any live audience at the Sunday eviction show or external visitors like celebrities or BBNaija Ninjas in the house this year. Ouch.

Carefully tested measures have been put in place to ensure minimal contact with outsiders once the housemates enter the house.

Oh-my-god relationships, wow friendships, hahaha fights; these are the little things that keep us glued to the show.

We have seen several relationships in previous seasons and some definitely led to marriage. Teddy A and BamBam got married last year and gave us our Big Brother Naija baby.

Yeah, we know some relationships didn’t end so well, but it’s always exciting witnessing the build-up process. Season 5 wouldn’t be any different!

BBNaija without the mind twists is definitely not BBNaija. Last year, just when the housemates thought that they have seen more than enough, Big Brother brought in five more housemates in just one week. The introduction of Venita, Elozonam, Enkay, Joe, and Cindy definitely spiced things up.

What about the Ultimate Veto Power given to housemates to nominate other housemates for possible eviction?

When it comes to games, BBNaija sure got it. Perhaps Betway or Guinness Nigeria would put together one of those games that always leads to drama and exciting conversations thereafter.

It’s never down to the basics, Biggie always seems to have more tricks under his sleeves.

Big Brother is never complete without the fun of the diary room where housemates go to pour out their hearts to Big Brother. Yikes! A lot of things are revealed in that room.

Every season, there are always housemates we refer to them as the Kings and Queens of the Diary room. We always look forward to their sessions.

Omoshola in 2019 (PepperDem) was definitely a King of the Diary room. His sessions were hilarious, exciting, and interesting to watch. He didn’t care if he was using pidgin English and English at the same time or how funny what he said could sound, he just had to say his mind.

Surely, contestants coming into the house this season understands what the diary room means and would be hoping to make the most of it. More entertainment for us! The rule is simple: “say your mind”.

This one almost broke the internet, so we decided to make it a bonus. A Nigerian crossdresser known as Jay Boogie took to his Instagram account to ask for a social media account manager as he was going into the house.

For real? Some people affirmed this information was true, others claimed they were lies. Well, we would leave it at that and see what the house brings.

Catch the drama with VTpass

There is just so much fun to expect that you can’t afford to miss.

Subscribe your GOtv or DStv to catch all the drama and intrigue live. Don’t forget to top-up mobile data! Hot stuff and highlights would trend online like ki-lo-de. Trust Twitter and Instagram. Keep the lights on by paying electricity bills.

Whatever payment you need to make, pay conveniently from the comfort of your home with VTpass.